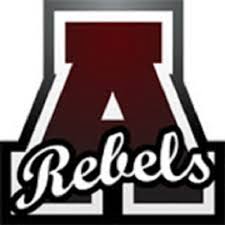 One may look at Atherton‘s 5-6 record last year quite differently than a die-hard Rebels‘ fan. The 2017 season was a year in which Atherton surrounded more points than it scored (322-305) and a year in which it gave up more ground than it gained rushing (2,481-1,662). That may lead some to believe the Rebels had a tough year in 2017. Well, if you think that, you are unfamiliar with the Rebel football program, at least from 1998 until today. We are talking about the same J.M. Atherton High School in Louisville, Kentucky which was winless in 2010, won once in 2011, won once in 2012, winless in 2013, won twice in 2014, won twice in 2015, won thrice in 2016, before its five wins last season. Sure, they were bounced from the playoffs last year, 36-3, by the eventual State Finalist, Madison Southern, but they were included in the playoffs.

Too manny times really good football players can get lost on mediocre to poor teams. Traditionally, teams with poor football traditions have to battle its way to mediocrity. Josiah Price is a very good high school RB/DB about whom it would be a travesty for his accomplishments to be lost in and amongst his playing for a football team which annually struggles. Price is a 2019 RB who has good speed (11.71 100 meter time, fully automated, at this past Spring’s Region 4 Outdoor Track & Field Championships), is a multi-sport athlete who has shown the ability to compete in football, track, and basketball (where he started as the PG on the Rebels’ varsity squad) and was a major offensive, defensive, and special team‘s contributor on the football field  in 2017. For those wondering to what speed in the 40 yard dash a 11.71 100 meter time translates, according to redditNFL, Price is running a 40 yard dash in the high 4.7‘s, close to 4.8, but that is a fully automated time, or what the casual fan may know as a laser-timed 40. As had been before discussed on this site ad nauseam, laser timed 40s are quite slower than hand-timed ones. Needless to say, he is plenty fast enough to both burst into the second and third levels and then gain separation from defenders once there for Class 5A, Kentucky football.

In 2017, Price, who is 5-11 and weighs 180 pounds, carried the football for the Rebels 140 times over its 11 games for between 12 and 13 touches a game. Josiah gained 1,018 yards on the ground on the year, which works out to around 93 ground yards an outing and a per carry average of 7.271 yards. Price scored 13 TDs rushing, caught 18 balls out of the backfield for 384 yards and another 4 TDs receiving, and housed a couple TDs on special teams on his way to personally accounting for 120 of the teams’ 305 points, or nearly 40% of every point put up on the scoreboard. Hard to imagine more production than that from one player. On defense, the multi-sport varsity star picked off two passes and tallied 26 tackles positioned in the Rebels’ defensive backfield. Really shouldn’t have been a big surprise when he garnered All-Metro honors at the season’s end from Jason Frakes at the Louisville Courier-Journal.

The bottom line here is there are fantastic football players who play for teams which struggle. A fantastic football player makes the team for whom he plays better for having him on the roster. That really is the litmus test. Prior to 2017‘s 5 wins, the best season in the last two decades a Rebel football team had enjoyed was going 4-7 in 2007. Josiah Price checks all the boxes for being a football star. He has fantastic on-field production, has made important, game-changing, plays for his team on both sides of the football, and led the Rebels to its best season in the last two decades. Hopefully, with Price as a senior and back to lead J.M. Atherton‘s offense, the Rebels can do something, in 2018, fans will remember for quite some time. Who knows, they may have a winning season.