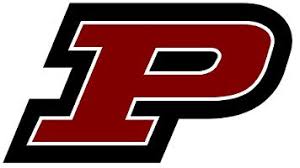 There are lots of reasons, we think Pikeville is the team to beat in Kentucky’s 1A classification in 2018. Last year, clearly a rebuilding year coming off three consecutive seasons of combined 34-6 football (2014-16) and a State Championship (2015), Pikeville, after hobbling out of the gate 1-4, rebounded with 7 straight wins before losing to Raceland in the 4th round (State Semis) of the KHSAA playoffs, 17-14. Last season, Pikeville was one of the youngest teams in Kentucky and only graduated three seniors from off the roster which was four points for playing for it all. Pikeville gets back its top three rushers in Zack Roberts (172 carries, 1,285 yards, 12 rushing TDs), QB Connor Roberts (82 carries, 550 yards, 12 rushing TDs), and Jackson Hensley (27 carries, 250 yards, 9 rushing TDs) and 2,085 yards rushing with 33 rushing TDs returning for another go in 2018.

In addition to what returns running the football, Pikeville returns its QB from last year, Connor Roberts, who, in addition to his ground production above detailed was 69 for 119 for 1,066 yards passing with 14 aerial TDs and only 4 picks. Roberts’ favorite target, Jackson Hensley (33 receptions, 495 yards, 4 scores) returns to provide Pikeville its most potent connection of Roberts to Hensley. Pikeville also has coming up to the varsity roster the best QB prospect in Kentucky’s 2022 class in 6-3, 210 pound Isaac McNamee who would start, day one, as a ninth grader at 90 percent of the high schools in the Commonwealth. All of that sounds pretty good for offense, but what about the defense?

Well, one of the most intriguing, two-way weapons, especially a  defensive weapon, returning is a WR who doubles as one of the best cover corners both in the Mountains and in Kentucky’s 1A classification. Christian Billiter, who on offense in 2017 caught 14 passes for 204 yards and 3 TDs receiving, is 6-2 and weighs 180 pounds giving him the frame and length college’s die for at both WR and his defensive corner position. Billiter picked off 4 passes a year ago, including the sky-job, robbery depicted in the photo to the left of this paragraph, and recovered a fumble which he scooped and scored from 20 yards out for a pivotal point in that particular ball game. Christian also contributed 15 tackles which is quite good considering his job in the defense wasn’t really to be coming up and making tackles. Pikeville surrendered 268 points on the entire year and its leading tacklers (Kaden Caudill, Brody Birchfield, and Kyle Watkins) were first two-level defenders, not back-four guys. D-Coordinators I know are uncomfortable with big tackle production coming from the defense’s third level.

On a roster loaded with talent, for a program which meets regularly with success and deep playoff runs, Christian Billiter is just another reason why Pikeville was picked by KPGFootball to have a year to remember coming up in 2018.