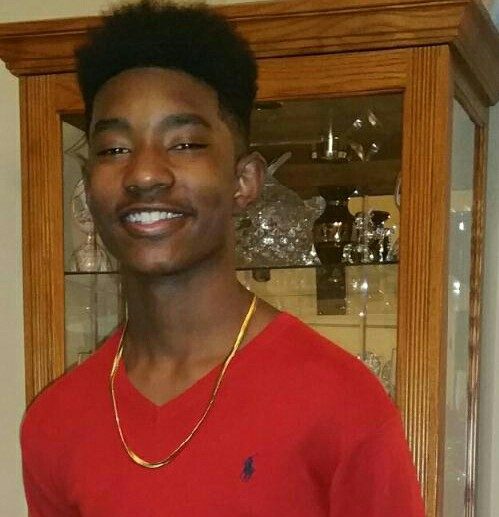 I was on a coaching staff at HMS which coached Jay Bland, Class of 2020, in middle school football. He quarterbacked that team to the Regional Final in Elizabethtown, Kentucky before bowing out to TK Stone one game shy of the State Semi-finals. Those of us who live in Hopkinsville, Kentucky are not surprised when Jay does spectacular things on the gridiron or anywhere else as, from the Bud Hudson Youth Football League forward, Jay Bland has always been among the best football players in his class

in Hopkinsville, Kentucky. At the conclusion of his 8th grade campaign, Jay tried out for and made the Kentucky Future Stars team as a safety. All he did during the Future Stars game that year in Bowling Green is cover one of the Nation’s top receiver prospects in the 2020 Class, Darin Turner from Memphis, Tennessee, like a blanket.

Jay Bland’s freshman season was uneventful as a left shoulder injury suffered during a JV game and right elbow injury suffered during the summer kept him from playing any meaningful snaps at any position. For all intents and purposes, Jay Bland missed his freshman campaign, one during which he would have been sure to play significant Varsity minutes as a starter somewhere on the field, even if not at QB. This Summer, returning QB, Jalen Johnson, who is very close to setting the All-Time Record for TD Throws in a Hoptown High School Football career, has been playing basketball. This is a sometimes frustrating development in the Bluegrass State where basketball is perpetually played. What do you do? Johnson’s stock on the hardwood is rocketing skyward. I can’t blame a kid for chasing a dream for which he possesses the skills and talent. Well, what you do is what Coach Clayton is doing…you get Jay Bland ready to lead his football team. Isn’t that right Coach Clayton?

The upside to Jalen Johnson’s playing basketball this summer is we have gotten to see Jay Bland in action during the passing league games and he is getting all the practice reps. I believe Jay has plenty of inner confidence, but if he doesn’t, everyone around him is gaining confidence in him by leaps and bounds every day. Dan Marino, not a bad QB himself, once said If you ask any great player or great quarterback, there’s a certain inner confidence that you’re as good as anybody. As far as we are concerned, at Kentucky Prep Gridiron, Jay Bland doesn’t have to ask himself whether he is as good as anyone because the rival coaches who have seen him throw this summer, the coaching staff at HHS and we, here at KPG, all KNOW Jay Bland is as good as anybody playing the QB position anywhere in the Western Kentucky area.

Bland is 6’0″ and weighs 160 pounds and has added a lot of muscle to his frame since last year. Bland has an incredibly long wing span, with a high release point, and a quick release. The ball comes out on time and gets to receivers in time for them to operate after the catch. Bland throws a catchable ball which has enough zip to squeeze through narrow throwing lanes resulting in his working the middle

of the field with his targets very well. Jay can make all the throws whether short, intermediate, or vertical routes and his deep ball is well delivered, and with touch, making it very catchable. Bland is a Straight A student at HHS. Therefore, as one would expect, he makes solid decisions with the football.

Even if Jalen Johnson should return and play football this Fall, which isn’t a certainty, but which we at Kentucky Prep Gridiron believe likely, Jay Bland is too good of an athlete to not play. Bland has shown he can play at either safety or corner and, as a receiver, can play at any of the receiver positions with the speed and length to be a real match-up nightmare for most defensive back 4s on the schedule. To the chagrin of the Tigers’ opponents, everything I have said about Bland’s versatility is equally true of Johnson. Regardless of whom starts at QB, the team will be well-led, and the one not at QB may be the other’s most potent receiving threat and, defensively, may also lead the team in picks. Most coaches will tell you the Tigers’ present dilemma is an enviable problem to have. We know Jay Bland will have a break-out season and establish himself as one of the best players in his class anywhere in the Commonwealth. We just might not know for sure at what particular position.