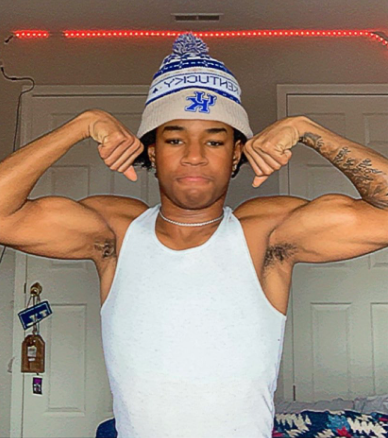 We love the game of football. When the games begin to get played, and that time is literally around the corner, picking out the best players becomes a rather simple procedure. After all, we have eyes.

Class 6A football is a tough egg to crack over a player’s sophomore season. Still, we are told by college coaches that college players make the high school lineup sometime as sophomores; more times than not.

According to the official statistics for Paul Laurence Dunbar High School’s football program, Jakobe Biggerstaff (’23) hit the field for the Bulldogs in nine (9) of the team’s 10-games in ’20. We would call that getting “varsity action.”

It isn’t like the Bulldogs are flea-bitten, mangy hounds either. They are purebreds.

Matter of fact, Dunbar was 7-3 a year ago and played in the Class 6A Semis, losing to Louisville’s Male High School. We think Dunbar has a good chance of getting back to the largest classification’s “final four.”

Biggerstaff figures to come up huge this coming Fall. We have several reasons for feeling this way.

Biggerstaff has a great frame at 6-2, 170-pounds with plenty of length. He is athletic, fast, quick , and explosive, playing basketball and running track, in addition to playing football. He is fast as his being a member of Dunbar’s KRCCCA, 4X400 State Championship relay team in Track & Field would certainly suggest.

We think this Bulldog is likely all DAWG. When he explodes onto the high school scene this coming football season, remember from where you first heard of him.

We have a feeling we will be getting some calls from college recruiters about this one. This is one “sleeper” who won’t be getting “slept on” for much longer.