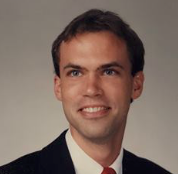 I don’t usually do this on this forum. This is, after all, an on-line magazine about both middle school and prep football. However, if there is something from this article which may impact a life out there, maybe even the life of either an athlete or family member regularly using or reading this site, then I will be greatly enriched by having shared this. His name was Eric Medeiros and I can’t conceive of any sporting event for which he ever exhibited the least amount of aptitude. He was very smart and studious as a career in pharmacy would certainly underscore. As someone who had known him for well over 30 years I would say kindness was his most pronounced attribute. I never heard him speak ill of a single person the entire time I knew him. Eric Glenn Medeiros died Tuesday, October 9, 2018 and will be laid to rest today. Some of us traveled to Lamb’s Funeral Home last night to tell him good-bye. This is a story of how this death has impacted this writer in a very deep and profound way.

I will swing by the house and pick you up and we will go to the visitation together. That was the message I got from one of my oldest friends, Steven Kelley, who also happens to be one of the best football players to have ever worn Hoptown’s colors. Back in high school, Steven, Eric, and I were very close friends and decorum prevents me from relating how many times we copied from off of Eric’s homework, at the eleventh hour, after having not done the assignments ourselves. I live in the same house where I was reared so finding me would be no problem.

As I got into the truck, the years seemed to melt away. I mean, back in high school Kelley was always swinging by to retrieve me, before going to get Eric. While we would be going to see Eric again, he wouldn’t be getting into the back seat this last time. The only other difference, other than we were leaving Lamb’s without Medeiros, was the quality of what Kelley was driving. His right off the lot, Dodge Ram, pick-up, with all the technological bells and whistles, is infinitely nicer and newer than the 1979, brown Camaro Steve’s father bought him in 1985. Immediately upon arrival, we ran into Ashley Gates, whom we knew growing up as Ashley Hester, who had also come to Lamb’s to tell Eric good-bye.

Ashley Gates is a Guidance Counselor at Crofton Elementary contemplating retirement. Ashley Hester was the captain of the cheerleaders, a very fine singer and performer with whom I was in the choir in high school, and one of the prettiest girls to have ever attended HHS. Personally more important than all of those things, she was someone, in high school, who was like a sister to me. We entered the funeral home together; Kelley, Ashley, and me. We hugged each other, attempted to console each other, and both hugged and consoled Eric’s family. I told Eric’s father, Dan, that no man should have to bury his son which reduced us both to tears. I probably could have come up with something more comforting but I needed to cry and I believe he did too.

We hugged our friend Carla Oatts, Carla Primm back in the day, and Melody Wilson, formerly Melody Stapp, and with each friend we encountered, the years melted away and the time morphed into 1987. We found standing before us not a mother, wife, professional, or grandparent, but rather a kid; a Hoptown kid that we loved once; and a Hoptown kid that we loved again today, just like it was then.

Steven, Ashley, and I stood out in the parking lot amongst the cars for hours. We stood there because we didn’t want to let either Eric or the memory of whom we once were fade back into the mist of present day. We longed for then. The then when Kelley was a high school football star, and Ashley was the captain of the cheerleaders, and I was just a guy who basked in both their glories and was proud to be along for the ride…proud to claim them both as extensions of my own family. One a brother, one a sister, and the third, Eric, we were having to leave where we had come to see him. Eric, whose passing had awakened an omnipresent awareness of my own mortality and whose passing had brought me to the precipice of knowing I had, perhaps, let a brother pass without my having been able to tell him how much he would always mean to me.

Standing out in that parking lot we were joined, first by Melody Stapp, then by Blair Cornell and his father, finally, by Pat Morris. One by one they joined us to remember our fallen friend…our fallen brother. Before my very eyes, Blair Cornell was no longer a radiologist from Louisville, Kentucky but rather a kid living up in the subdivision behind my house. It dawned on me that I don’t know Ashley Gates, but Ashley Hester is really important to me. I don’t know Dr. Cornell; but I love Blair. I don’t know, at least not well, Melody Wilson; but both love and greatly admire Melody Stapp.

While life tends to whittle away parts of us as water wears away stone, leaving behind a crevice which was once our youth and optimism, it was nice, once more, to stand in a parking lot with Ashley Hester, Steven Kelley, Blair Cornell, Melody Stapp, Pat Morris, and the classmates who trickled over to share both our memories and stories. All of the stories involved Eric and how much each of us both loved and admired him.

While it would amount to the last thing Eric would ever do for any of us, this gift Eric’s passing had given us was one for which the price was way too exorbitant. This was a bill all of us, collectively, and every one of us, individually, would have just as soon avoided. After all, why should it take the loss of a friend for us to occasionally abandon the people we have become to spend time with loved ones, both as the people we used to be and the people they so lovingly remember? I needed so badly to talk to Ashley Hester in that parking lot last night. Thank God she was there! You see, Eric’s passing showed that when we all take the requisite time to drop our respective pretenses, we are led to a comforting discovery that Ashley Gates is still Ashley Hester.

So, grudgingly, we left Eric behind. We said good-bye to our friend as he moved along to the place where we shall all reunion one day. As I considered that prospect, it dawned on me Eric had given us all one last present. Eric had done both Steven and my homework, figuratively if not literally, one last time. This time, the assignment was for us to see each other not as we now exist but as we once were. He had given us the opportunity to be young, once more. He had caused us to remember a time when our love and concern for each other, and for him, was both infinitely deep and very, very genuine.

Eric’s last lesson for us was imparted, in a parking lot, just outside a visitation full of people who presented to remember the Eric Medeiros we all loved and knew, way back when. This lesson was imparted as softly as a whisper and as gently as a summer’s breeze.

Say what you mean to the people you love, and say it today. Tell your loved ones and friends how important they both were to you once and are, even still. Take time out, episodically, to be the person you were, and not necessarily the person you now are.

Thank you, Eric! We all loved you as much as you must have loved us. We shall meet you again on that distant shore.

On behalf of the Hopkinsville High School Class of 1987, we forever remain your friends.