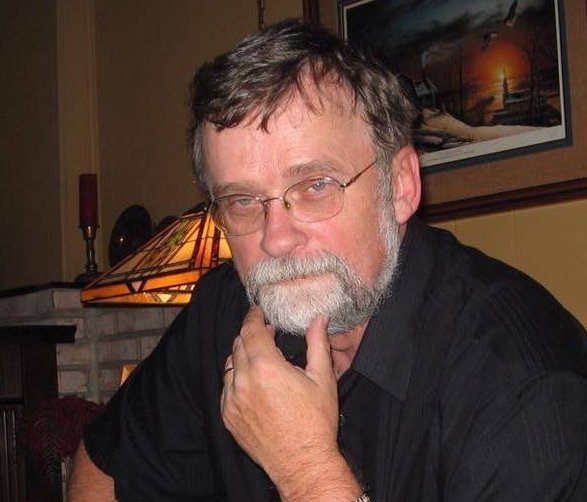 Kentucky Prep Gridiron is sad to report the passing of a longtime Hopkinsville sports writer three days ago after his waging a lengthy battle with Parkinson’s disease. Scott Burnside wrote for the Kentucky New Era as part of a 37-year journalism career that began as a paper boy and saw him ascend to be the Sports Editor.  Burnside exhibited a wit and charm which left people with little option but to love him.  Teaming up with statistician Tommy “Bones” Hamby, the two inseparable friends, would comprise one of the finest tandems of dead on accurate sports reporting ever enjoyed throughout the southern Pennyrile region of the Commonwealth of Kentucky in the history of print media.

Burnside was a U.S. Air Force veteran and a graduate of the journalism college at Southern Illinois University. Scott worked at newspapers in Carbondale and Stockton, Illinois before moving to Hopkinsville in 1978 to begin his local career in the sports department where he covered several schools and became highly thought of for both his knowledge and wit which he was never reserved in incorporating into his stories.

In addition to sports, Burnside also wrote general assignment stories for the paper and won several statewide awards. His journalism career would also see him pin articles for The Tennesseean, The Cadiz Record, and Our City in Clarksville, Tennessee.  Kentucky Prep Gridiron mourns the loss of its colleague and sports reporting legend Scott Burnside and credits WKDZ in Cadiz/Hopkinsville for the provision of much of the information contained within this article.

Au revoir, Scott Burnside; it will be awhile before we ever see your equal around these parts.  As put by Enid Bagnold…Who wants to become a writer?  And why?  Because it’s the answer to everything…it’s the streaming reason for living. To note, to pin down, to build up, to create, to be astonished at nothing, to cherish the oddities, to let nothing go down the drain, to make something, to make a great flower out of life, even if it’s a cactus.  Scott Burnside did this with sports, he made a flower out of an event…even when a cactus.  He shall be sorely missed.