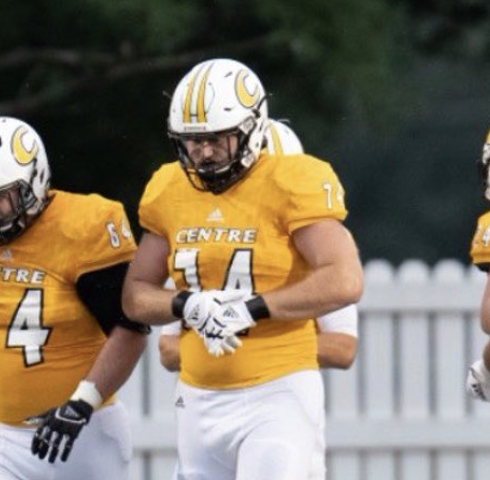 At KPGFootball, we probably talk to around a dozen college coaches every day. We can’t say our opinion holds any particular sway with these guys, but we can say they will call us for a consult when looking for prospects to fit their programs.

We had a particular prospect one time we were trying to help. He was an interior defensive lineman from the eastern end of the commonwealth.

We texted a friend of ours who coaches a position at a NCAA, Division III, “power program” and recommended he take a look at the kid’s highlights. We provided to him a link. We got a return call some thirty minutes later.

“Coach, I have reviewed the highlights your organization sent me on the prospect you would like us to evaluate. I am curious. How is it exactly you thought this kid was good enough to play here?”

I didn’t know what to say. He continued, “Do you still have those highlights in front of you?”

Sheepishly, I answered with the feeblest, “Yes, sir.”

He answered, “Let’s watch the highlights together.” So, we did.

The “dressing down” I received that day was (a little) embarrassing. However, that isn’t all it was; it was also quite an education.

Looking back over the experience, I am glad he called. Better that than he just learn to ignore our future recommendations.

Here is the point that we were discounting on that occasion and which this coach wanted us to appreciate. Any high school prospect hoping to move along to the next level has to be a fantastic high school football player to transition to the college game.

Now, let’s be clear, I am not saying you have to be fantastic to be issued a college uniform and permitted to run through the tunnel and onto the sidelines on Saturdays. There are colleges with fees and tuition so exorbitant that, were your parents to insist on you being issued a uniform and admitted to any of its teams’ rosters, the school would feel hard pressed not to acquiesce.

Playing is a defined term in college athletics. It means getting onto the field, during the game, and blocking and tackling someone in a different colored jersey from the guys with whom you daily practice.

If you don’t believe me, let’s go back and examine a former KHSAA star. We have chosen Logan Stone from St. Francis DeSales in Louisville, Kentucky.

He chose to play collegiately where all of those attributes would be appropriately valued and developed. He chose to play at Centre College. There were plenty of other opportunities for him which he could have explored had it been his desire.

We have included his senior highlights from 2018. Look for yourself. He was freakishly fantastic.

He was very easily a FBS group of five/FCS level football player. There are plenty of roster spots at Centre being occupied by players about whom this same thing could easily be either said or written.

Looking back over his college playing time, Stone had a fine career playing football for Kentucky’s most prestigious academic institution historically fielding one of Kentucky’s more successful college football teams. Stone thrived. Anyone making the prediction he would do well in college back in the day had his opinion affirmed through the prism of history.

The point we are trying to make is this: go back and watch Logan’s high school film. If you believe your son is a college football player, at any level, compare his film to Logan’s.

These are questions you have to answer for yourself. If you are the prospect, these are answers you must provide yourself while looking in the mirror, and honestly.

Logan Stone, both then and now, is a fine example of how good one has to be to play college football. What is your answer? Our answer, as a publication regularly engaged in the watching and evaluating of high school film, is damn good.

Nothing about the arrival at any worthy destination is easy. It takes dedication, work, perseverance, constant effort, and honest self-evaluation.