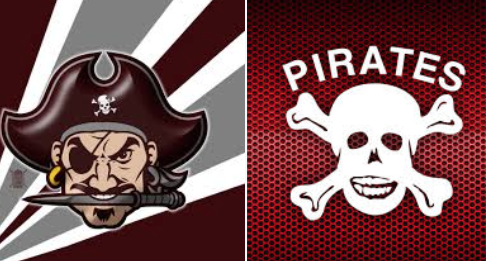 Two top teams in different classifications are set to do battle Friday night on one of Kentucky High School football’s most storied venues.

This game will be a study in how little classification means in Kentucky when two high school football teams play. Though the much bigger school, Belfry will be heavily, and I mean heavily, favored in this game.

First, for the visiting Pulaski Maroons:

The Maroons were 7-4 in 2019. They lost in the first round of the playoffs to Southwestern, 17-7. The Maroons dropped the opener in 2019 to Lexington Catholic than won the next 7 in succession before limping in with three straight L’s.

Top Returning Players: It is hard to talk about the Maroons without talking about Tristan Cox at ILB. Cox is 6-3, 235-pound senior who was listed in the top half of the recently released Herald-Leader Hundred. Drew Polston is a junior but already has plenty of people talking about him. He also was listed on the Herald-Leader Hundred. Polston is a top-flight QB who has loads of potential and looks to get tons of attention going forward. Polston, in 2019, threw for 1,944-yards and 18-TDs while rushing for 494-yards and two more scores. For the Maroons to compete at the highest level, they have to run the football better than the 1,441-yards the team gained a year ago. Zach Huff is a tough hombre at offensive guard doubling as a linebacker.

Next, the home-standing Belfry Pirates:

Belfry won the 3A State Championship in 2019, finishing 11-3. Their losing 3 games is a testament to the schedule the Pirates play. They had Isaac Dixon out a few of those games so they had to compete against some of the best competition they saw in 2019 without the team’s most explosive player.

Top Returning Players: When talking about returning starters it is close to being a “where do I start” proposition. Isaac Dixon is a “Mr. Football” candidate and was the MVP of the 3A championship game a year ago. Dixon is listed in the Herald-Leader’s Hundred in the top half. Bret Coleman, like Isaac Dixon, is a 6-3, 186-pound SS who also cracked the top half of the Herald-Leader Hundred. Seth Mounts is a member of the H-L’s squad too, and the rangy outside linebacker has as much next-level potential as either of the other two. At KPGFootball, we are huge fans of linebacker, Brad Lowe. He didn’t make the Herald-Leader’s list and we think that was a huge miss on the part of that newspaper. We wouldn’t be surprised to see Mr. Lowe head to the FBS for his college football. Whichever team signs him will be thrilled.

On a neutral field: According to the algorithm we regularly consult to help in our analysis of such things, Belfry beats Pulaski on a neutral field by 23-points. As far as what the home field is worth, we don’t know what the capacity rules and social distancing requirements will be for Friday night but we are fairly sure it will be difficult as heck to get anyone to follow them in Belfry, Kentucky.

Odds makers: If we were making book on this game, we would be giving the visiting Maroons 30-points in this game.

KPGFootball predicted final score: We like Belfry in this game early in the year and at home. Largely because Belfry returns a more veteran unit than the Maroons.  Beflry 38 – Pulaski 6, that is how we see it.