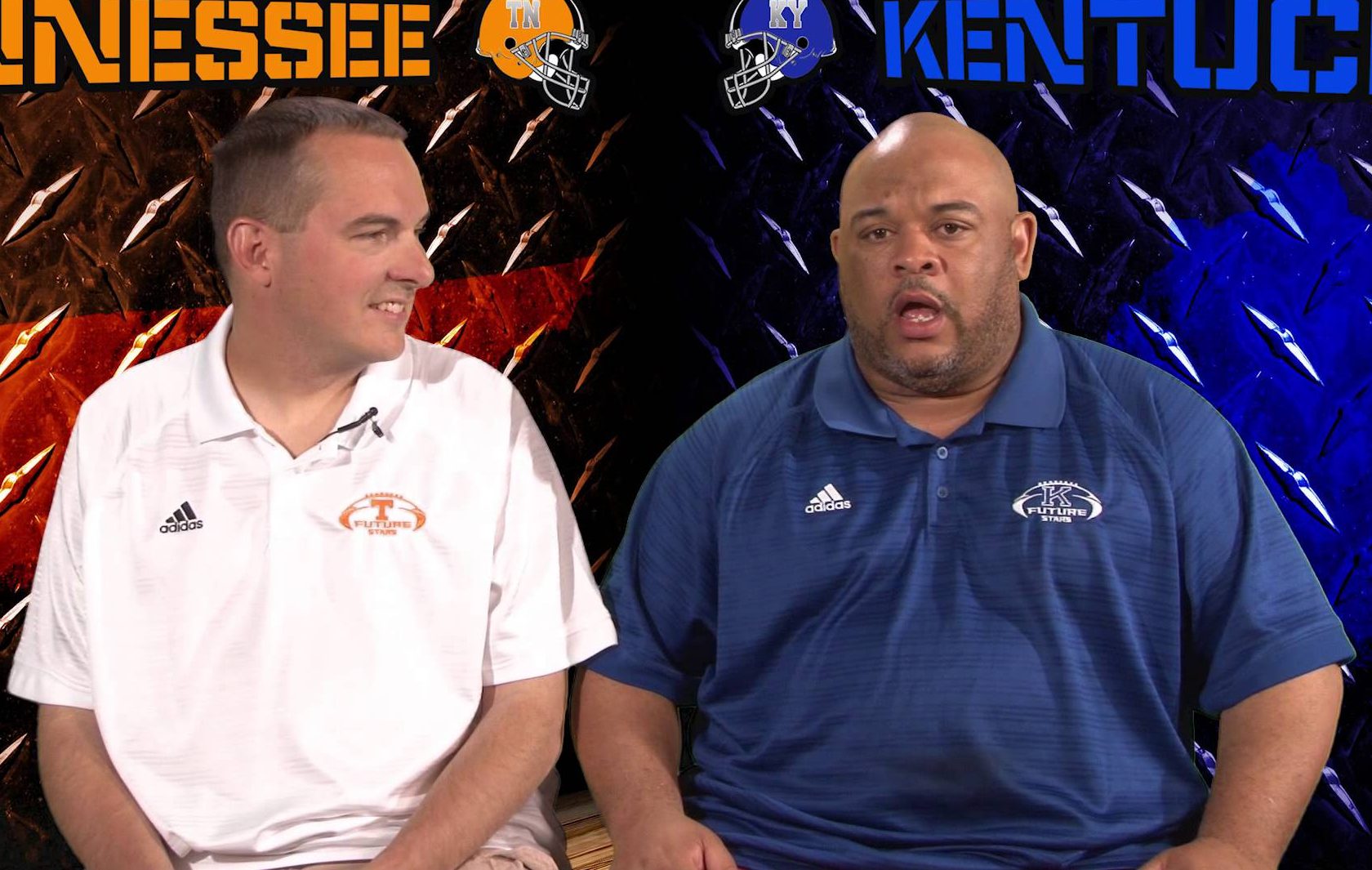 I don’t know about anyone else, but the program at the Tennessee v. Kentucky Future Stars Banquet really inspired me. I have known and loved Taylor Stokes for many years and he has become one of my very dear friends and a coach and mentor to my son William, who will play in today’s 8th grade game. We saw last night what has made his message worth hearing and his life worthy of emulation. I coach football with a person who loves to say on Game Day, the hay’s in the barn boys…time to get paid!  This is something his coach in college used to say.  This may not resonate as well with some of the Kentucky players but it will be entirely appropriate for others.

I have had the opportunity to watch much of the Kentucky camp for 7th and 8th grade and the hay’s in the barn…Both teams have worked very hard and both teams are prepared to meet with success provided they execute the game plan imparted to them by the two staffs, both of whom have done an excellent job installing offensive and defensive game plans. I hope you boys who read this article will accept a few Game Day words from old Coach Long and Kentucky Prep Gridiron.

The first thing I want Kentucky to do is to …Fight ’em until Hell freezes over, then…fight ’em on the ice. Dutch Meyer, Texas Christian University. The great Tom Landry, former HC of the Dallas Cowboys used to be fond of saying that …a Champion is simply someone who did not give up when they wanted to.  Show your resolve today, Kentucky, be resilient, be the champions you undoubtedly are. Regardless of the score or how the breaks may go, be a champion and fight until Hell freezes over; then fight Tennessee on the ice.

Secondly, I want to reiterate some of what Coach Stokes has already told both teams about never giving up. Lou Holtz once said something very similar to what Coach Taylor Stokes said in his talk last evening at the banquet. What Coach Holtz before said was…Life is ten percent what happens to you, and ninety percent how you respond to it. Vince Lombardi would join in the chorus with It’s not whether you get knocked down, it’s whether you get up. When you go out on that field today, Kentucky, regardless of the amount of times you get knocked down, get back up, respond, and, as Coach Stokes told us last evening,…finish what you started!  Don’t complain about the breaks or how the ball bounces. Besides, the man who complains about the way the ball bounces is likely the one who dropped it. Lou Holtz.

Finally, take a moment to stop and smell the roses as the late, great, golf champion Walter Hagen was oft to instruct. Enjoy this moment, the crowd, the atmosphere, your teammates and the competition.  This is the getting paid part of the hay’s in the barn, it’s time to get paid! Give it everything you have got, regardless of the breaks, don’t ever quit. Draw strength from your knowledge you have worked hard to get here and done everything possible to be prepared to play. Now go out there and play your rears off Kentucky! If you do that, Kentucky Prep Gridiron predicts Kentucky wins both contests today.