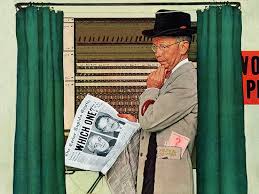 Now I analyze football talent for a living. I look at frame, length, thickness, feet, agility, speed, and some intangibles in order to arrive at a conclusion about a certain player. I am better suited to judge linemen than any other position, owing to my position coaching experience. Perhaps I am most astute when it comes to the center position along the offensive front, having a son who plays there. So, you can either believe me or not, but a lot of college coaches do believe me, that Ethan Wolford, from Belfry, Kentucky, is the best offensive center in the Kentucky 2020 class. Hell, he may be the best center in the commonwealth, regardless of class. Judging by Wolford’s recent visit to U of L, I believe the Cardinals are learning the same thing. What makes me say that? Glad you asked…

Elite football centers do more than snap the ball to the quarterback. They are powerful run blockers, often matching up against massive nose guards. They are excellent pass blockers, preventing pressure up the middle on the quarterback. They read defensive alignments, anticipate defensive play calls, and yell out line adjustments. They remain on the same page with the quarterback, making the same pre-snap assessments. In other words, the center is the quarterback along the offensive front and has a high football IQ. They have powerful lower bodies and can remain anchored against the bull rush. Centers typically, at the D-I and NFL level, are between 6-2 and 6-4 and have the upper body strength to take on the massive nose guards deployed right in front of them. Centers have to have quick feet, excellent balance, and enough speed to get to the second level of the defense and block would-be tacklers beyond the line of scrimmage. All of this is according to Nick Mangold of the NFL’s New York Jets, but what would he know?

Ethan Wolford, was a selection to our AFI-KPG Sophomore All-State Football Team which couldn’t have been any more on-point, or any more correct. Ethan is an accomplished high school wrestler who has demonstrated good upper body strength to go along with a powerful core and base, exhibited both on the football field and wrestling mat.  Ethan also captains an offensive front for one of the marquee programs in Kentucky High School football which has before provided players for the Cardinals, including one playing there right now at center (Cole Bentley). Ethan is smart, maintaining a 3.0 GPA with a date to take the ACT coming up next month where his academic work, to date, indicates he will easily achieve a qualifying score. Ethan, whose film is linked here, is an accomplished run blocker and excellent in pass protection. Ethan has demonstrated an ability to read defensive alignments and anticipate play calls, some of which can be attributed to learning the craft under the tutelage of one of the most successful (and one of the more cerebral) high school football coaches in both Kentucky and America (for that matter) in Phillip Haywood.

Wolford has a huge offseason in front of him, before reporting for summer practice, as his crowded dance card is continuing to fill. After attending Louisville’s Spring Game, where he is about to have his own profile on the Louisville recruiting site, he is attempting to get to West Virginia’s Spring Game this weekend. Ethan is attending an elite prospect camp April 28 at Lexington Dunbar High School and, on June 7, Ethan works out for TSU, UT-Chattanooga, UT-Martin, and Maryville College in Maryville, Tennessee. June 12, Ethan is headed to another elite prospect camp in Louisville, Kentucky, were he will work-out for several more Universities vying for his commitment. EIU has contacted Ethan about getting him to Charlestown, Illinois, as well as several other schools who are beginning to burn up Ethan’s cell phone. Ethan is pleased with the attention and is enjoying the process. 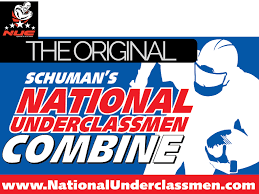 Ethan has been selected to attend the National Undergraduate Combine’s All-American Game. The game will be the week after Christmas, December 27-30, 2018. As you can tell, Ethan’s play, the same play which earned his selection to the sophomore All-State football team, is paying huge dividends for him on the recruiting trail. By the way, college coaches are becoming more enamored with Ethan Wolford all the time and it isn’t difficult to see why? He has the perfect frame for the position, standing 6-2 presently, with both length and a frame which can easily add several good pounds to his present 260. Ethan has agile and quick feet, is powerful, is explosive, plays with outstanding leverage, has quick and violent hands, and possesses the level of cerebral play for which the position calls. 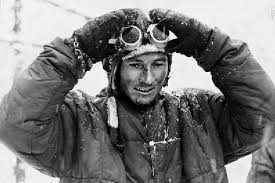 Maybe even more importantly, as Louisville has discovered with Cole Bentley, Ethan is a Mountain Man. As Walter Bonatti famously said, the mountains have rules. They are harsh rules, but they are there, and, if you see to them, you are safe. A mountain is not like men. A mountain is sincere. The weapons to conquer it exist inside you, in side your soul. Wolford has thrived playing by the rules the mountains have required of him. Ethan, like the mountains from wince he hails, is not like other players, or other young men. He is sincere, possessing inside the weapons to conquer any challenge, even if that challenge is a player positioned in front of him. Ethan’s weapons dwell deep within his soul. It won’t be long before some lucky football coach at the Division I level lays claim to that Mountain Man and those weapons. My best advice, for any college coach, is to get on board the Ethan Wolford train, before that train leaves your station.