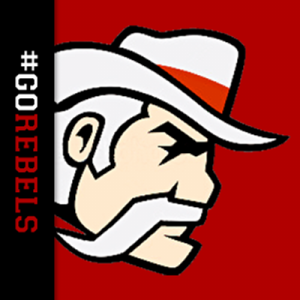 KPGFootball is proud to be the exclusive digital coverage provider of the Todd County Central Rebels football team. Todd County, as this on-line publication has before reported, has a lot of exciting things going on in and around its football program. The Rebels will be coached this upcoming season by veteran football coach, Darell Keith, and return a lot of young talent from off a 6-5 football team. The excitement about the program and its future prospects has resulted in an uptick in financial donations permitting the program to initiate some exciting facility upgrades. These upgrades will leave the field and press box area unparalleled anywhere in the immediate area regarding high school football facilities. They include field, natural turf improvements and modernizing the press box at the stadium permitting luxury viewing accommodations for major supporters of the team. The renovated press box will be furnished lavishly and will feature big screen televisions in the booth from which the on-field action will be monitored by both patrons and working press during game action.

Of course there are some young players whose return is more exciting than any television. We have before crowed about the ability of returning RB and defensive stalwart, Jaquavion Mimms and Rebel defender, Dalton Ellis. In addition to the above, the Rebels also return one of the Commonwealth’s best young two-way linemen in 5-11, 250 pound, Damarcus Leavell. Leavell was nominated for the AFI-KPG Freshman All-State Football Team last year and is on the watch list for the sophomore team this upcoming season. Play hard Leavell, you are being watched. 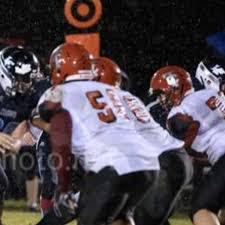 Leavell has long arms and a solid frame which will hold more weight the more actively he gets involved with Coach Keith’s weight & conditioning program. Leavell started all year along the offensive front and on defense for the Rebels 6-5 team from a year ago, though only a freshman. We had an opportunity to discuss Leavell when we had breakfast with Coach Keith just yesterday and Keith told us…I am very excited to get to mold Leavell into the type of up-front player he has the ability to become. Leavell has quick feet and is athletic, especially for a big man. He needs to get stronger, both up-top and down-low, but he is young and has plenty of time to mature. Damarcus, and the young talent around the program, is what made making this move for me an easy decision. Of course, Coach Keith ended his discussion with me the way he always does, with a Go Rebels!

Follow us this season as we continue to publish articles which will appear on this website through the offseason and on into the Fall for information about your Todd County Central Football team.  Follow us on Twitter @KPGFootball as published articles are tweeted to our followers within moments of being published.