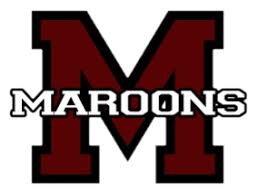 In the world of high school football, you just never know when opportunity is going to move a player into your school zone. Several area teams have struck gold via a transfer situation. Logan County had a tremendous athlete who can play either QB or WR drop on its roster from cross-town Russellville High School in Anthony Rooster Woodard. Hopkinsville High School has had two potential impact players drop in its lap in Ellis Dunn and Ta’shaun Barker. Now, the Maroons have struck pay-dirt with former Webster County QB, Drew Skinner.

Skinner didn’t play at Webster County a year ago and the Trojans surely missed him. Last year, LaGrange‘s squad went 1-10 and struggled to initiate anything offensively. That didn’t prevent much of the play being highly offensive to Trojan football fans during what amounted to a tough year (1-10). Webster County managed just 55 points all year, rushed for 569 yards all year, while passing for 594 yards all year. Speaking of play being offensive, Mason Wilson, for the Trojans, managed to complete only 32 passes in 102 attempts for 434 yards with 3 TDs offset by his 20 thrown interceptions. That works out to a .3137 completion percentage. Ouch!

In 2016, when Drew Skinner was a sophomore and would throw his last forward pass in a live, high school football game (until he takes the field for Madisonville North-Hopkins this Fall), Skinner completed a comparatively robust 79 of his 168 throws for a completion percentage of .4702 with 10 TDs against merely 8 interceptions in comparison to the 20 picks Wilson would surrender to opposing defenses a year later. Those numbers don’t sound like great statistics for Drew Skinner, and they hardly seem to recommend his services to another team’s roster, but, before you judge him, you should be cautioned those were his numbers playing with the talent on hand in Dixon, Kentucky. What he will have deployed around him in Madisonville, Kentucky, particularly in front of him, will be comparable to an All-Star version of the  Webster County,all-time roster comprised of its greatest players in history.

The Maroons are a team which needs more offensive balance. Last season, they ran for 3,417 yards and only passed for 686 behind quarterback Hayden Reynolds. Reynolds is entering his junior year but our sources tell us he won’t be back next season at the QB position. In fact, sources tell us, Reynolds may not be back at North-Hopkins as it is rumored he will transfer to Hopkins County Central. The good news for Drew Skinner is he gets to lead an offense loaded with enough talent to finish second last season in one of 4A’s tougher districts in spite of the inability to throw the ball either productively or effectively. Skinner gets to adopt a team coming off a 7 win season while abandoning a team which has managed 7 wins since the beginning of the 2012 season.

What this means for the Maroons: Obviously, Jay Burgett is counting on Drew Skinner being able to be an upper-level, high school, 4A classification quarterback with the right material at his disposal and deployed around him. In Madisonville, he will have that. There will be no opportunity to blame any shortcoming on the players around him. If he can’t get it done with the offensive line he will have in front of him, the running game he will have to keep 2nd and 3rd level defenders biting on his play-fakes, and the targets to whom he will have to throw the ball; then he just isn’t the upper-level quarterbacking talent we all believe him to be. Developing a reliable throw game is the next step for Coach Burgett‘s Maroons to become the type of championship level team it is capable of being. KPGFootball believes this is a nice pick up for the boys from Mad-ville.