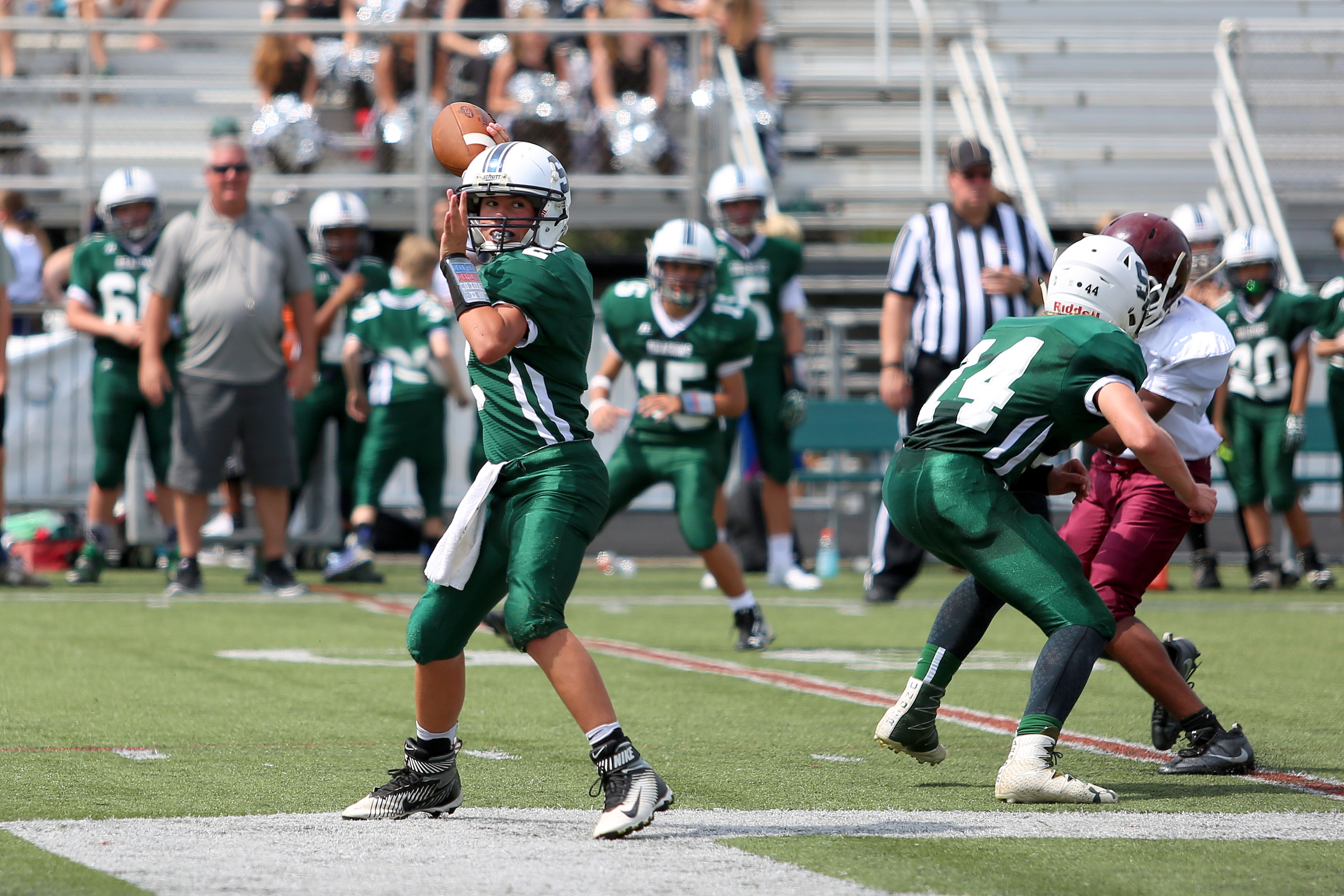 As we have before announced in the article linked here, the make-up tryout for Team Kentucky Future Stars is tonight in Louisville, Kentucky at Ballard High School in Louisville, Kentucky. For the specifics and particulars, hit the link. As promised, there are two special players whom we know are trying out tonight and we want to thumbnail each one for you in this article. One of these players is a 2024 prospect, so, being a sixth grader, you know he has to be something to be grabbing ink here. The other is a 2022 prospect whom we have before featured so we will touch on him here but not at the depth of the QB from SOMS.

I want to start off by saying that Hodge isn’t a hold-back player. As far as his being an athlete, Cole is also a star in basketball which gives us a favorable impression of his athleticism and feet. What Coles accomplished this past year at the QB position shouldn’t be dismissed. Cole started on his middle school varsity team, the one which won a conference championship with him at the reins. Cole led the conference in TD passes thrown with 17, was only picked off 4 times, and three of those occurred after his receiver had tipped the ball, and completed 45 of 59 pass attempts for 861 yards. So this sixth grader, playing up two whole grades, completed over 76% of his passes attempted for 17 TDs against only 4 picks, three of those being tipped?

Well, I mean the kid is a sixth grader so, surely, he will fold under pressure, right? Wrong! This year, playing at South Oldham, Hodge completed a 4th down pass which won the Conference Championship on the game’s final drive. As an athlete, Hodge made All-State, Division 1, in leading his AAU basketball team to the State Championship this year and he’s been named 2nd team the National NYBL AAU Circuit which boasts some of the best players in the nation. Cole has been working with Gerry Ahrens, himself a former Kentucky high school legend at QB. Ahrens broke several state records with Louisville Male before signing, himself, with the University of Louisville. Ahrens had this to day about his young protégé…He (Hodge) has a great arm, throws with accuracy, but it’s his intangibles that will make him special. He’s a phenomenal kid, loves to learn and apply, just a very coachable kid eager to learn the game and become the best.

I would be very surprised should Hodge not make the team at tonight’s tryout and surprised, further, if he didn’t lock up the starting spot for Kentucky’s 7th grade Future Stars team. If you are a 2024 QB in Kentucky, the simple fact of the matter is that, right now, Cole Hodge and Joshuah Keith from Hopkinsville Kentucky (Christian County Middle School) are the sticks by which you should be measuring yourself as a player. Sixth grade is mighty young to be making ultimate decisions about a player in any sport, but, from what we have seen, those two 2024 QBs stand out in skill, composure, and on-field production, as well as the intangibles, at the position, evaluators want to see.

Vinny Anthony from JCTMS is expected to tryout tonight at Ballard in addition to Hodge. Now we have before featured Vinny and we believe him to be among the very best receivers in Kentucky in the class of 2022. He has plenty of length presently with the frame and limb length to indicate he is still growing. Anthony is a guy with very good to elite straight-line speed and plenty of shake in the open filed, one on one with a would be 2nd or 3rd level defenders. Anthony is what we call quick in space. Anthony also catches the ball at its high point, in his hands, away from his body. Not to belabor a point, but, as we before published, if Anthony tries out for the team, as he is scheduled to do tonight, he will fill a roster spot on the Team Kentucky Future Stars, 8th grade ball club. Anthony is set to attend Louisville Male High School next year and will compete for early varsity playing time.