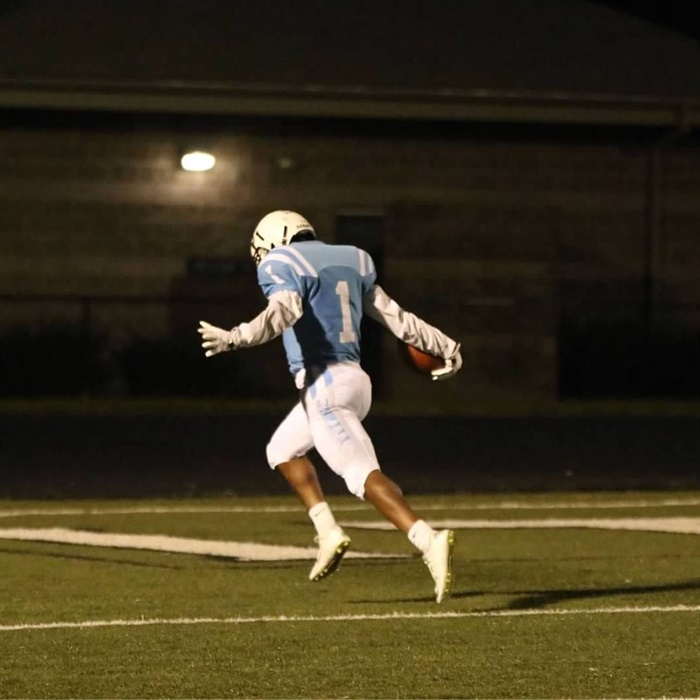 The Titans from Martha Layne Collins High School had an extremely good year last year and benefited from one of the best seasons out of a quarterback any coach could ever hope to realize. In finishing 11-3 and narrowly losing to State Champion Franklin-Simpson 42-38 in Franklin, Kentucky, a fair argument may be made the Titans were really the second best team in the classification last season, or at least by season’s end. JR Lucas is gone, and that is losing quite a bit. Lucas rushed the ball 266 times from scrimmage and gained 1,245 yards with 15 rushing TDs. That would be terrific if Lucas had played running back. Lucas was the QB, in fact, the only Titan player to attempt a forward pass on the year, and he completed 167 of 317 attempts, with a completion percentage of .5268, for 2,509 yards passing and 30 TDs against 12 interceptions. JR Lucas personally accounted for 3,754 yards, passing and running, and either scored or certainly assisted in 45 TDs on the season. For an offense which accumulated 5,311 yards on the year, Lucas ended up as slightly over 70% of the offense. Hard to replace that.

On top of losing Lucas, Collins has also graduated leading receiver Nikos Klenakis (44 receptions for 579 yards and 7 TDs) and leading defender, Nick Eades (169 tackles, 74 solo, 95 assists,  2 interceptions with 50 return yards and one pick six). There is a fair argument to be made that it is a very good thing Collins had such a year as they did, because last year, with what was leaving at the end of the year, was to be their year. With everything that is gone, Coach Jerry Lucas still has talent coming back around which to build a very fine team starting with one of the most dynamic players in Kentucky in Sicari Toole.

Toole who plays both wide receiver and defensive back showed a penchant, last year, for making dynamic plays. While he was second on the team to Klenakis in number of receptions, Toole led the team in yards receiving with 644 yards in 36 receptions with 4 TDs caught. He averaged close to 18 yards every time the ball was thrown to him (17.89 yards per). On the defensive side of the ball, Toole intercepted 4 passes with 113 interception return yards and a pick six, and recovered 2 fumbles, just for good measure. Toole also contributed 16 tackles, which is an indication the front, defensive two-levels were doing a good job making plays before the ball got to the defense’s back end.

It is hard to imagine the Titans having the same success it had last season with what they lost. I mean, c’mon, there isn’t a player on the roster who threw a single pass last year and the second leading rusher behind QB JR Lucas’ 1,245 yards was Zach Stucker. Stucker also graduated, taking his 701 yards from scrimmage and 9 rushing TDs with him (not to mention his 77 tackles). Players like Sicari Toole are going to have to step up and show the new players the way. Football is about next man up, and the Titans are in a position to find out a lot about the next man or men as the case may be. Hey, everybody has to start somewhere.