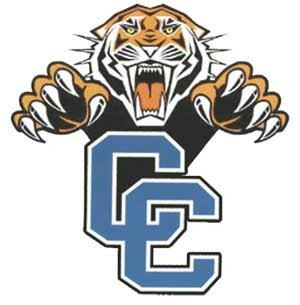 David Starnes has done really well at Caldwell County with the Tigers’ football program. Last year, may have been his most masterful coaching job yet. Caldwell learned, just prior to the season, its starting QB, Shane Burns, was going to forego his senior year to concentrate on baseball. I mean, he had committed to the Murray State Racers to play baseball so this decision was one with which it was difficult to quibble. Still, Burns had thrown for over 6,200 yards and 71 TDs in two years at the helm, so how does one replace that? Starnes turned to rising junior at the time, 2019’s Joby Jaggers, who really came through in the clutch. Jaggers completed 69% of his passes (204 for 297) for 2,422 yards passing and 28 passing TDs while guiding the Tigers to a 10-3 overall record and an appearance in the Regional Finals opposite E-Town High School. Elizabethtown’s Panthers refused be tamed by these Tigers, even with the Tigers getting the game at home. Of course, as E-Town barely lost in the State Semis to Boyle County 14-7, so the argument could be fairly made the winner of that semi-final game was going to be 3A’s State Champion so there is no shame in losing to E-Town.

What shouldn’t get overlooked in the Tigers’ play is the extraordinary play of Class of 2019, Caleb Burden. Burden is listed as 5-10 and weighing 195 pounds and doubles at FB on offense and as a LB on defense. Burden provided a capable and, certainly, willing lead blocker on running plays at fullback, and in the limited instances on which he was called to carry the ball, performed reasonably well (20 carries for 65 yards while catching two passes for 4 yards) but his only score of the season, rather curiously, was his scoop and score of a fumble he had on defense. It was on defense where Burden really shone as he tallied 100 tackles, 19 of them being solos with the other 81 tackles assisting another player. For his efforts, he was named to the All-WKC team at year’s end.

Burden figures to be important to the Tigers’ fortunes in 2018 too as Will Beshear (100 tackles), Cole Baker (83 tackles), and Hunter VanHooser (138 tackles) were all lost to graduation. As for Hunter VanHooser, I thought he was the best linebacker I saw play all year, this past season, so it was no surprise when he ended up an Honorable Mention All-State football player according to the Associated Press. As the Tigers look to rebuild a defense which allowed 1,840 yards rushing last season, having a player on hand who has played as well as Caleb Burden should prove comforting. Provided Starnes finds as able of replacements for Beshear, Baker, and VanHooser, as he found when he replaced Burns with Jaggers, the Tigers from Caldwell County should be poised for another great season.