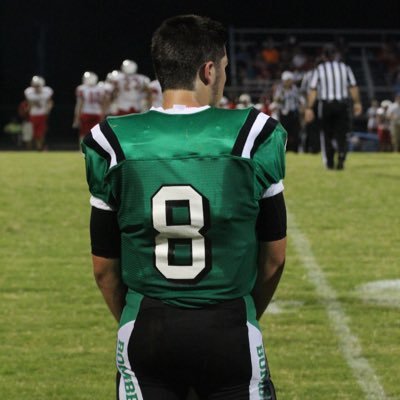 They call Ballard Memorial The Bombers and there were many occasions last year where they bombed their opponent and even more times they were bombed. It was kind of a best of times, worst of times, tale of two teams if you will. The Bombers scored 416 points in 11 games. Well, that is certainly prolific. The defense, if you can call it that, conceded 587 points, last year. Man, that is horrific. So, on average the Bombers scored 38 per game to the opponent’s 53. There were bombs dropping last season all over the Barlow, Kentucky area. None of that should diminish the play of The Bombers’ Napoléonic little field general, Erick Marinelli, who this Fall comes back for a final tour around the 2A classification’s 1st district.

Now, Marinelli is only 5’8″ tall and weighs a scant 165 pounds. However, the 2019 field general runs the 40 yard dash in 4.9 seconds, bench presses a couple of plates (225), squats 370, and power cleans a cool 210 pounds. In addition to the numbers, he has managed to perform quite heroically on the field of play. Erick, a Class of 2019 signal caller, threw for 2,802 yards passing with 33 passing TDs against 9 interceptions. He completed 178 of his 314 passing attempts for a completion percentage of .5669. Those are right impressive numbers for any quarterback, particularly one as diminutive as he. Then again, history is full of famous people who have achieved great deeds without their being particularly statuesque.

I have seen it reported Napoléon , one of the greatest military leaders of all time, was only 5’7″ though the English claimed he was 5’2″ tall. Then again, it’s not like the English liked Napoléon very well. That aside, Napoléon’s men referred to their commander, affectionately, as Le petit Caporal, or The Little Corporal hearkening back to his days as a very young and unknown corporal in charge of the lacklustre and demoralized French army at the Italian border. A heroic episode of crossing a bridge at the Battle of Lodi that year endeared him to the French and brought him recognition as a leader and the nickname stuck. Marinelli exhibited similar leadership traits, last season, leading the potent Bomber offense. I don’t know what, if any, affectionate reference the Ballard Memorial Football team has fashioned for their Little Quarterback but, at KPGFootball, we just know him as one Hell of a High School player.