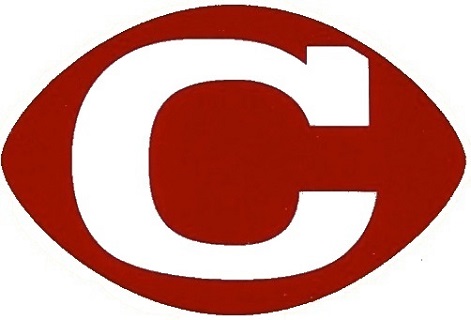 There are some guys who can just do it all. When they are on your roster, you have more than an offensive player, a defensive player, a special teams’ player, you just have a player. They are often referred to as stat sheet stuffers and that couldn’t describe Corbin’s Christian Gosselin any more fully. Gosselin player corner, running back, and wide receiver for the Corbin Redhounds. The Redhounds were 13-2 last season and played for the State Championship in Class 3A, succumbing to Boyle County 40-21. Corbin only lost 8 seniors from off that team; however, when one of the seniors is QB Cameron Sizemore, you can’t just discount the losses to graduation. Last year, for the District 8 champions, Sizemore completed 185 of his 272 passes for 2,695 yards and 32 TDs against 7 picks? That is a TD:Interception ratio of over 4.5:1, not to mention the .6801 completion percentage. Not only could Sizemore throw it around the ball park, but he also ran the ball, last year, for an additional 412 yards and scored 5 TDs on the ground.

Now any QB, and I am sure Sizemore would have been no different, will tell you the QB is as good as the line who protects him and the receivers who go catch his passes. Sizemore had some good’uns. Chase Estep, 2019, had 51 receptions for 631 yards and 6 scores last year and when Sizemore wasn’t finding Estep, he found Christian Gosselin, 2019, who caught 37 passes for 775 yards receiving and 9 scores as a junior. We, at KPGFootball don’t know who will be throwing it next season but we have a fair idea to whom the ball will be thrown. Of course, in true stat sheet stuffer style, Gosselin can’t be fully encapsulated within the number of his receptions. Last year, Gosselin carted the ball 10 times from scrimmage for 95 yards and a rushing TD, he was 1-1 passing for 12 yards and another score in route to his scoring 74 points for the Redhounds over the course of the 2017 season. On defense, he intercepted 3 passes and tallied 26 tackles from corner, 17 of which were solo efforts. It begs the question, is there anything on a football field this kid can’t do. The answer appears to be no.

Christian Gosselin stands 5-11 and weighs 170 pounds but has what college recruiters would tell you is below average speed for his position, college-wise, anywhere above NAIA as Gosselin’s registered 40 time is 4.88 seconds. Gosselin squats 310 pounds, power cleans 175, bench presses 185 so he could remedy some of this in the offseason strength and conditioning program leading into his senior year. That’s just a bunch of numbers. Numbers don’t tell the whole tale, and with some people, numbers don’t really tell any of the tale. Taken as a whole, looking at the whole picture, which includes his game film accessed through HUDL, we would implore a college coach to look at the whole record, his entire body of work, and not just his statistical data. What we believe at KPGFootball is this kid is brimming with attributes like being a football player and having a nose for the football. He’s a game breaker, a player, a stat sheet stuffer, and the kind of guy who makes every team for which he plays better for having him on the roster.