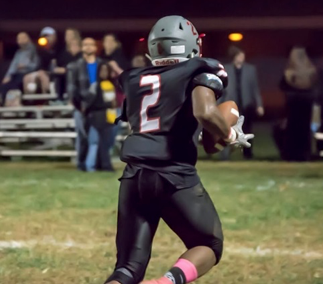 If we are being perfectly honest here, some high schools are more faithful and diligent reporters of information to the KHSAA, Riehards’ scoreboard than others. Now reporting faithful stats to Riehards is of little to no consequence to the team, which may be why it is so haphazardly done, but it is vital to the individual player and his recruitment to continue both his education and his playing career on over to Saturday football. I have contacts who follow teams for me and report information back to me, that is how I get tipped off to players from so many different schools. My being able to identify Waggener‘s John Mudd as one of the best offensive linemen in Kentucky’s 2021 prospect pool, thereby placing him on our freshman, All-State Football Team, and coming back latter and featuring Jarius Brents as one of the top players in his class (which is a mystery to exactly no one), is a testament to my network of sources and their placement around the Commonwealth. My sources tell me Brandon Jones‘ star is on the rise, as a 2019 RB prospect, in Kentucky. Being tipped off, I started to research the young man in the 2017 season statistics and the following is what I found…

Brandon is 5-10 and weighs 195 pounds and lists RB/OLB as his positions on offense and defense. Brandon has a hand-timed forty yard dash time of 4.5 seconds and he competed as a sprinter on the Track Team, this past HS, Track & Field, Outdoor Season, for Waggener High School. He ran the 100 meter, the 200 meter, and was the first leg of the Region 3 Championship, Waggener 4X100 relay team. One of the most important statistics for Brandon is his sporting a robust 3.8 grade point average on a 4 point scale. He is being recruited by places like Yale, Fordham, UTMartin, Indiana University, and scores of other schools on both the FCS and FBS levels, but all of them being Divison I football programs. Brandon burst onto the scene as a sophomore to lead the Wildcats in rushing in 2016 and then was the Wildcats‘ leading ground gainer, again in 2017, for the nine games worth of statistics it reported.

Last year in 2017, Jones was credited with 827 yards in 123 carries for a 6.724 yards per rushing attempt average. He was also credited with 5 rushing TDs and four catches out of the backfield for 28 yards receiving. Waggener finished the year with a losing record but that really doesn’t tell the whole tale of the season. Waggener dropped 4 of its first 5 games before rebounding to win four of six down the stretch, including it’s first round playoff game before ultimately losing to Belfry in the 2nd round to finish 5-7 for the year. My sources tell me Jones played in all 12 of these games. Now for the 9 games worth of rushing stats which were logged, Jones averaged 92 yards a ball game. Assuming, in the three games which weren’t reported, he averaged the same over the ground as the nine games which were, than it is logical he finished the year in the neighborhood of 164 carries, 1,103 yards rushing and 7 rushing TDs over the season’s 12 contests. My ultimate season totals are an extrapolation, assuming his numbers in the final three games would have been consistent with how he performed in the first nine, but you get the picture anyway.

Statistical extrapolations aside, Brandon Jones has been evaluated by people smarter than KPGFootball (believe it or not) and has been determined to be the 31st best football player in the entire Commonwealth of Kentucky. We would rank him higher than that, but then again, what do we know?