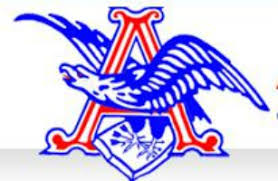 Christian County is a stout defensive team, as any opponent on its schedule, to date, would attest. County enjoys outstanding play against the run by both its down-linemen and what amounts to a very good corp of linebackers. The front two levels of the County defense will face a considerable test tonight in Owensboro, Kentucky, when they travel to confront Coach Phillip Hawkins’ Class 5A, 1st District, Owensboro Apollo. We said in our Weekly Winners article the following: Christian County is coming off a 42-20 loss to Owensboro (Senior) High at home and now has to go to Owensboro to play Apollo. Apollo is coming off back-to-back losses to Owensboro Catholic and Graves County with the latter scoring 64 points…One thing weighing in County’s favor, the two have played every year since 2011 with Christian County winning every one of them since that time. That’s a hard bit of psychology to overcome.

What we failed to mention in the above quoted article is Apollo was off September 28th. Apollo has had two weeks to prepare for tonight. Of course, none of the perceived psychological advantage means much to Phillip Hawkins. He was leading Louisville Doss, a year ago, to an 8-4 overall record with a 5-0 District slate before electing to swap one Class 5A sideline for another. Do you know what often trumps psychology? Having a speedy, top-flight, All-State caliber running back.

Enter Mariano McKenzie. McKenzie, a Class of 2019 prospect, gained 1,000 rushing yards in 177 carries over the course of 11 games during the 2017 season. This year, in five fewer games, MoSpeed, as he is nicknamed, has rushed the ball 127 times for 1,027 yards. He averaged 91 yards a game in 2017 and scored 8 rushing TDs. This year, in roughly half the body of work, Mckenzie has averaged 171 yards per football game and collected 14 rushing TDs.  MoSpeed didn’t catch a single pass out of the backfield a year ago. Through six games, McKenzie has caught six passes out of the backfield this year. McKenzie scored 50 of the team’s 327 points over the 11 games in 2017. So far, in 2018, McKenzie has put 84 of the team’s 213 points up on the scoreboard. Suffice it to say that, in 2018, MoSpeed is causing Apollo opponents many MoProblems.

In 2017, Apollo’s only loss within the 1st District was to Christian County. However, in 2018, Apollo, going into tonight’s match-up, has already lost to Graves (a team it beat 38-35 a year ago), and still has to face Owensboro (Senior) High School on October 12 across town at its place. Suffice it to say, Apollo needs to win this game tonight against a 3-3 Colonel squad, which is also feeling some pressure from its having already dropped a game to Senior. Unlike a year ago, Christian County doesn’t have the same caliber of talent as the team which beat Apollo, 43-21, at the Stadium of Champions in Hopkinsville.  The Colonels can ill afford to lose tonight either as it comes home, next week, to play a Graves County team which is coming off back-to-back, 1st District wins over both tonight’s opponent and Marshall County.

So, here we are with both teams’ collective backs against the wall. Both teams also sport backs having big seasons, as County’s Jadonavin TT McNeal has gained slightly over 500 yards in his six games over 90 carries. However, in the battle of the backs, no back has been any more important to his team’s fortunes, in 2018, than Mariano McKenzie. If this game turns into a contest between the respective backs as to whom can have a more profound impact on tonight’s outcome, then Coach Hawkins has to feel really good about MoSpeed McKenzie getting Apollo’s back up off the wall.