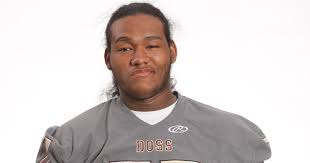 Merlin Olsen, former actor and NFL football player, was quoted once as saying that Football linemen are motivated by a more complicated, self-determining series of factors than the simple fear of humiliation in the public gaze, which is the emotion which galvanizes the backs and receivers. There is a way I have always represented it to my players which is, perhaps, just one of those self-determining series of factors. I have told my linemen, on the offensive side anyway, that there are only five players who are

called upon, every game, to exert maximum effort, toil tirelessly, undergo great discomfort, all to help some other player look like a hero to everyone in attendance. These five players have to be satisfied with working so the team may achieve success for which they, as players, will garner little to no praise from anyone other than the extremely sophisticated on-looker. These five players are the offensive line and O-linemen are asked to plant shade trees under which they will never enjoy shade.

I have heard it said if, at the end of the game, an Offensive Lineman has played particularly well, you may just forget he was out there.  It is a position we only tend to notice when they make a mistake. Football coaches, however, seem to really appreciate them, so there is that morsel of solace from which to take comfort.

Charles Allen, who is a Class of 2018 lineman for Louisville Doss, is a 6’4″ 315 pound physical nightmare for defensive down-linemen who find, when Allen locks on, they are unable to prevent their being driven into the second level and often planted there. In Jesus’s Sermon on the Mount, in Mathew 5:5 it is written Blessed are the meek: for they shall inherit the earth. Well, the linemen across from Allen, usually learn they are both meek and inheriting the earth one mouth full at a time (yes, I am a Jerry Clower fan). Charles Allen has started at Doss since his freshman year. This is really impressive considering he has always manned the trenches. Any spot on the line is a position where giving up three to four years of anatomical development is its own particular type of challenge.

Scout.com listed Allen as the 24th OG in the Nation, the 6th best OG in the MidWest Region, and the 2nd highest regarded OG in Kentucky. Mike Carmin, who covers the Purdue beat for the Courier & Journal Online, reports Allen is the first offensive lineman to commit to the Boilermakers in the 2018 class. For his part, Charles Allen has consistently reported being 100% committed to Purdue inspite of there being many suitors for the interior offensive lineman.

Kentucky Prep Gridiron sees Charles Allen playing interior offensive line in college and maybe being moved to the all-important Center position when he reaches West-Layfayette, Indiana. Allen has the agility, quickness, punch and strength to really flourish at a position deemed the Captain of the Offensive Line. He also has the intelligence and demeanor to man a position for which there really seems to be a shortage of legitimate options even on the Power 5, FBS level. Here’s a pointer for you high school big men: Do you want to play in college and maybe even beyond? Learn to snap a ball…Centers are like real estate, they don’t seem to be making too many of them these days. Oh yeah, one more thing, remember ballers…PLAY THROUGH THE WHISTLE!