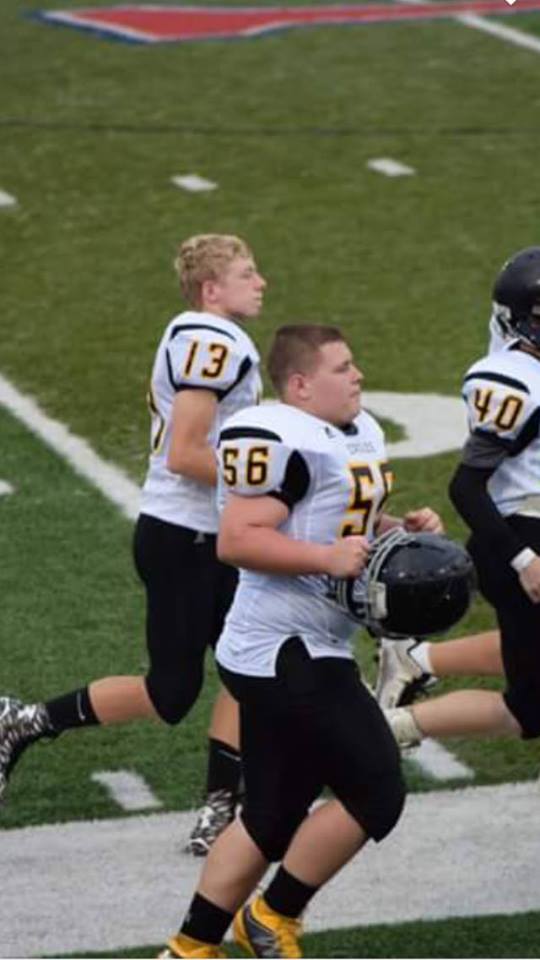 Prestonburg, Kentucky’s Cameron Willis, in the molds of both William Long from Hopkinsville, Kentucky and Seth Henderson from the 2020 edition of the Kentucky Future Stars Team, is pretty much the quintessential interior offensive lineman.  Cameron is also the reigning State Wrestling Champion in his weight class in the Commonwealth of Kentucky.  Cameron wowed the coaches at the Lexington combine tossing around defenders like a feline toys with balls of yarn.  I can tell you this about Cameron,  as an Offensive Line Coach myself, I’ll take 5 Cameron’s and run with that partner!

Cameron is a 5’7”, 200 pound fire hydrant who bench presses 265 pounds and is capable of squatting an estimated 385 pounds or so, give or take a few.  Cameron is fast too, turning in a nifty 5.5 second, hand timed forty time.  Kentucky Prep Gridiron doesn’t see Cameron playing MLB, like he did for Coach Dave Russell at Johnson County Middle School this past season when Kentucky rolls into Clarksville next month; but, with 8th graders like Cameron Willis at JCMS, which is the MS that feeds into reigning 4A State High School Champion Johnson Central High School, it doesn’t take an Edgar Cayce to forecast the future is pretty bright around Johnson County High School’s future football fortunes.

Perhaps Coach Dave Russell said it better than I ever could when he told me, in preparing to write this article, “Cameron’s aggressiveness is the first thing you notice.  Cameron plays through the whistle and, every time, arrives at either the target or ball carrier in a very ill humor.”  Well, Coach Russell, we at Kentucky Prep Gridiron couldn’t say it any better.  Can’t wait to see this compact projectile in Clarksville, Tennessee next month and Tennessee’s players would do well to have its collective heads on a swivel.

Remember ballers…PLAY THROUGH THE WHISTLE, Cameron Willis may be coming for you!