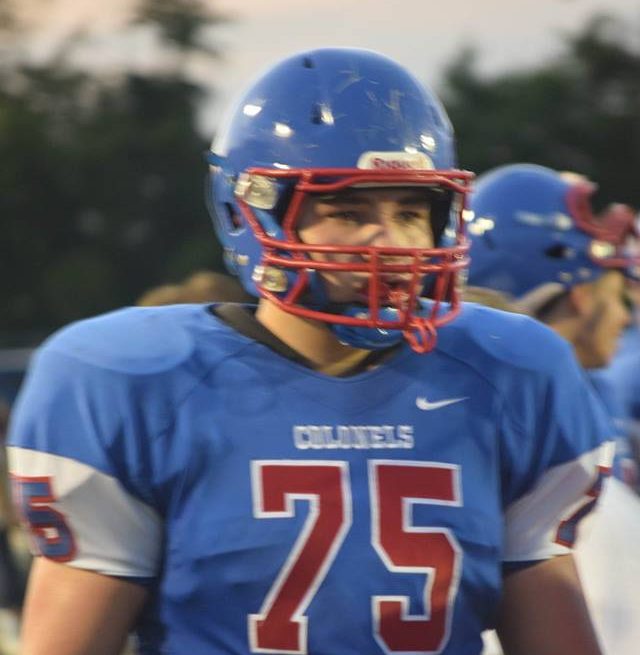 Now, by definition, a Middle School stud really shouldn’t start Varsity as a freshman. More and more we are seeing it as my 5 part series, Plug-In Players, demonstrated, but that isn’t the requirement to claim a Future Star prediction accurate. A Future Star should be first team as a Sophomore. If we are tabulating how many former Tennessee or Kentucky Future Stars from the 2016 game in Bowling Green are presently running first team for their HS squads the number would be extremely high I would be willing to wager.  For instance Hopkinsville, Kentucky had 6 players on the eighth grade Kentucky Team (William Long, 2021, was on Kentucky’s 7th grade team) in the 2016 game, Zach Langhi, Cambrin Hayes, and Cameron Jordan for Christian County Middle School and Hopkinsville Middle School had Seth Henderson, Jay Bland, and JeVon Leavell. Of those six players, 5 are starting right now for their respective teams (Cameron Jordan has transferred to Trigg County), with the 6th coming off injury which has presented his starting immediately but, sources tell Kentucky Prep Gridiron that barring injury, he is almost certain to break the starting lineup before year’s end.

Cambrin Hayes, former Team Kentucky Future Star, is starting right now for Christian County High School’s highly ranked, and 2-0, 5A football team at NG. Cambrin is 6’1″ and weighs between 245 and 250, depending on how many biscuits he ate for breakfast that morning, and is really strong and explosive. I used to coach Cambrin, offseason, when he trained with the Clarksville Football Playmakers, for which I was on the teaching faculty. One time I had Cambrin come off the outside edge so old Coach Long could demonstrate how to kick and drag back to intercept the outside edge rush. Cambrin hit me so hard (which kind of caught me by surprise since I was a grown, 290 pound, man and he was a middle schooler) that I fell and bounced my head off the turf. I believe he concussed me. All I can remember was the medical staff asking me what day it was and my response was purple.

Cambrin plays with good leverage and has a really good initial punch with strong hands. Cambrin’s get off is quick and explosive and he is really hard to move, even when double teamed. I had an opportunity to talk about Cambrin with one of his coaches and was told Cabrin has been running first team in spite of his nursing, all season thus far, a nagging groin injury through which he has been playing but which has slowed him down some. Future opponents shouldn’t look forward to his getting back to 100% healthy. Cambrin has a frame which gives the appearance he isn’t done either growing or filling out which means to us he should also gain in strength, power, and explosion going forward. We believe at Kentucky Prep Gridiron Cambrin forecasts to play some OG in the future and, defensively, we believe he will both grow and fill out into a DT as his HS career progresses. Cambrin will play college football somewhere and, on Saturdays, he will have better opportunity to continue his football career, if he wishes, on the offensive side of the ball at OG.

Cambrin Hays is just another example of why people around Hopkinsville, Kentucky believe they are in for some exciting football between both HHS and CCHS in the very near future. This is Fletcher Long reporting for Kentucky Prep Gridiron reminding you to PLAY THROUGH THE WHISTLE!