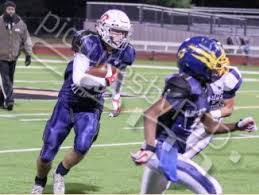 Once again it is the first of the week, which means it is time to anoint another Independence Bank player of the week. Independence Bank is proud to sponsor a weekly article highlighting players in the areas where Independence Bank flourishes who embody the same type of revolutionary service to their respective football teams which has made Independence Bank unique and special in the banking industry. Independence Bank has a goal of achieving everyday excellence and this week we are focusing on a player whose performance exceeded both the Red Devils’ and the Owensboro community’s expectations. We are focusing on a 2021 Linebacker who seemed to both strive for and achieve excellence every single day he walked on either a practice or playing field. That player is Class of 2021 and AFI-KPG Freshman All-State linebacker, Austin Gough from Owensboro Senior High School. 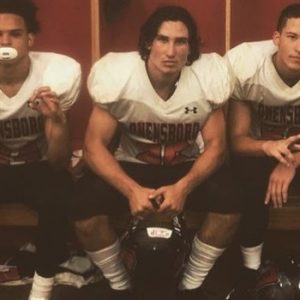 Does Austin possess speed and agility? Well, Austin played running back in the Bret Cooper All-American Game in Dallas, Texas and helped lead the East team to the victory behind his 150 yards rushing from scrimmage. Does Austin possess the strength and power to play linebacker at the 5A Classification? Austin is bench pressing over 275 and back squatting in the neighborhood of 400 pounds. Does Austin have the explosion in his hips to really bring it when he tackles? Well, he is a consistent threat to win the State Championship as a triple-jumper in Track & Field and explodes off the floor in basketball. He has been hand-timed near 4.7 in the 40 yard dash too, so you tell me. Well, does Austin have the mental aspect of playing linebacker, can he read plays? Something you have difficulty measuring is Football IQ, and very few freshmen have any, at all, but that is something Austin exhibited this season in abundance. For the Red Devils’ defense, Austin led Owensboro with 92 tackles, 58 of which were solo. His production led the entire Owensboro defense. Gough not only put up numbers like that but he did it at one of Kentucky’s winningest, all-time, football programs.

Austin has won the Homer’s Radio New Comer of the Year, the Offensive MVP of the Tennessee-Kentucky Future Stars Classic in Clarksville, and was selected this year to the AFI-KPG Freshman All-State Football team. Austin, who plays baseball, basketball, competes in Track & Field, in addition to football is quite an athlete. Congratulations to Austin Gough for his Revolutionary Play which has earned him this week’s recognition from the fastest growing bank in the Commonwealth of Kentucky…your friends at Independence Bank.