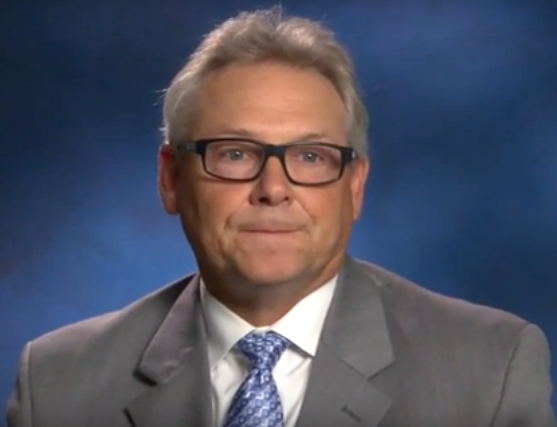 Our standard fare, regarding topics on which we are the most prone to report, deal with middle and high school football, teams, coaches, and players. Then why are we publishing and disseminating this present article in support of Austin Peay State University making Kim Dameron its new head football coach? It’s simple…we have players we have covered and featured since coming on line either playing football at Austin Peay or committed to play football for Austin Peay. Frankly, we would like for that to continue and for those players about whom we have grown to care a great deal to get to continue experiencing the type of success enjoyed under the Healy regime. The Healy regime we reference is our name for the staff which recruited these young men to Clarksville and sold them on a vision of regularly winning and competing in the OVC in football and vying for playoff inclusion in the FCS. As KPGFootball covers football both 24/7 and 365 days a year, we thought we would weigh in on a matter which we consider critically important to many of our subscribers and regular readers. We thought we would lend, to anyone interested, our two cents worth which we believe to be considerably more valuable than two cents. Decide for yourself.

Will Healy blew into town a young man whom had never before been a head coach, at any level. His hire was a considerable gamble and the gamble couldn’t have paid off much better. After surviving an initial 0-11 season, Healy came back to go 8-4 in 2017, then 5-6 in 2018.  As reported in The Charlotte Observer recently, from where the photograph to the left of this paragraph appeared uncredited, Healy, known as a dynamic and superlative recruiter, inherited a football program which had won three games in the four seasons leading up to his being hired at APSU. The Governors had gone 3-43 over that span. Under Healy’s coaching guidance, the Governors beat Morehead State, 69-13, to snap what was, at the time, a 29 game winless streak which was the longest, active, Division I, losing streak in the Country. The Governors narrowly missed the FCS playoffs, in 2017, and Healy won the Eddie Robinson Award given to FCS’ top football coach. Suffice it to say, the program Healy inherited was hurting, for sure. I mean, there aren’t many instances where going 13-21, with two losing seasons out of three, gets you a ride to the FBS level of college coaching, but that was Austin Peay Football! That is not Austin Peay Football today, and with the right hire, it doesn’t have to be again, anytime soon.

In 2018, it is true Coach Dameron had a 3-8 record, which resulted in the new AD deciding to make a change (and let the public record reflect the new AD wasn’t the AD which hired Dameron) but not all 3-8 records are equally constructed. First of all, Dameron was 3-5 in conference, lost to TSU by one point (41-40), lost in overtime to UTMartin (24-21), and lost by six points (38-32) to a SEMO team which finished 6-3 in the OVC, made the FCS playoffs, won a first round game against Stony Brook before losing to Weber State in the 2nd round and finishing 9-4. Coach Dameron’s team also opened at SEC member, Arkansas, and played both Indiana State and an Illinois State, the latter being a team ranked 19th in the country, in FCS, at the time the two played. Both Indiana State and Illinois State are from the Missouri Valley, thought to be one of the premier leagues in the FCS division. Not to mention, and we don’t intend to pour salt on any wound here, but EIU did beat the Governors 52-21 in a game which was 35-0 in the second quarter, 35-7 at the half, and a game in which EIU was ahead 52-14 before Healy’s Govs punched one in with 49 seconds left in the game. So, what about that 3-8 record now? Not quite as bad as initially perceived, would you not agree?

Dameron is 58 years old and someone who has coached at the highest levels as an assistant and even Coordinator everywhere from the SEC to the Canadian Football League. Murray State won a conference championship (its last one) when Dameron was coordinating its defense in 1995. Kim spent three years at FBS, Louisiana Monroe, and, in 2007, his Monroe defense helped ULM beat Alabama, under a first-year football coach named Nick Saban, in what is still considered one of the greatest upsets in college football history. Dameron coached safeties for three seasons, in the SEC, at Ole Miss. Dameron also coached both Safties and Coordinated the Defense for Ivy League main-stay, Cornell, before joining Skip Holtz at Louisiana Tech as his Defensive Coordinator, which seemed a natural progression for a coach who wanted to assist the establishment of Skip Holtz’s head coaching career. After all, Dameron played for Skip’s dad, Lou, when Lou Holtz was the head man for the Arkansas Razorbacks. Dameron was reared in Arkansas and was a three-sport, star athlete in Football, Baseball, and Track in Rogers, Arkansas, before himself becoming a Razorback.

At KPGFootball, we told you all of that to tell you this…Kim Dameron is a winner. Dameon won 60 percent (24 of 40) of his OVC games in which he coached as HC of EIU. Dameron has been on staffs which have won, and won big-time, even in the OVC, as well as other divisions of football, to include the FBS. Dameron has extensive ties all over fertile recruiting grounds which will insure APSU continues to recruit at a level which both assisted its recent ascension and will insure its continuing. Dameron possesses a keen eye for talent and ability to develop elite players which was fully demonstrated when his EIU staff slipped into APSU’s own backyard and signing Isiah Johnson. Johnson prepped at Rossview High School and torched APSU for approximately 187 rushing yards and 3 rushing TDs when the two met this past season. Finally, Dameron is settled and stable. He didn’t leave EIU for a better job when he certainly could have. After all, Kim won 24 games his first four years on the job, including 7-5 overall and 7-1 in the OVC in year two (2015). Dameron could have easily parlayed his playoff berth, and 7-1 conference slate after his second year, into a better job had he been so inclined.

Kim Dameron represents a large body of work in which he has led teams to both conference championships, playoff berths, bowl games, and astounding upsets. Kim Dameron is looking for a destination, not a stepping stone out of Clarksville, Tennessee. Kim Dameron is a known commodity, both in the conference and out on the recruiting trail. He’s good, he’s accomplished, he’s settled, and he brings to the Governor’s football program a coach who is both willing and able to take the program to the next level, building on the excellent work Will Healy contributed in getting the program to the position of winning 13 games in the previous two seasons. Let’s keep it going Governors. Let’s get on board the Dameron Express before this train leaves our station.