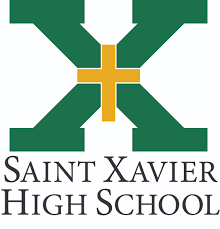 The Saints finished the 2017 season 12-3, losing to Louisville Trinity in the 6A State Championship Game. The Saints three losses in 2017 were to Trinity twice and the third to Saint Xavier out of Cincinnati, Ohio. Both of the teams beating Louisville, Saint Xavier are fixtures on the USAToday, High School, Top-25 football poll reflecting the best high school teams in America. Now Moretti is coming back for his senior year and Moretti, who also caught 6 passes for 58 yards receiving and scored 74 offensive points, is someone on whom new head coach David Wallace should feel comfortable entrusting the football. That doesn’t necessarily mean Moretti will simulate the same production over his senior year as he did while a junior. He very well might, but personnel changes from year to year and teams will be keying on Moretti this year owing to how he fared last.

As for personnel changes, it would be unfair to attempt to maintain the line behind which Moretti was able to run for nearly 1,000 yards and 13 rushing TDs last year will be the same line behind which he will align next season. If nothing else, the Saints lost to graduation their 6-4, 290 pound offensive lineman who is headed to the SEC to play along Vanderbilt’s offensive line. Wyatt Smock was a pulling, trapping machine who picked the Commodores over Louisville, Purdue, Wake Forrest, Arkansas and many other suitors. Smock was a strong and agile drive blocker in the ground game for Saint Xavier as the Saints amassed 3,265 yards, last year, over land while passing for another 2,185 for one of the more balanced offensive attacks in the commonwealth of Kentucky. Now we at KPGFootball are aware programs like Saint Xavier re-load more than re-build but just plugging in another offensive lineman and expecting he will play to the level of Wyatt Smock might be a right tall order.

We expect big things for Anthony Moretti this upcoming season and we, likewise, believe there will be additional Saints who will want to be in that number of the band left vacant by graduation. From year to year the faces may change, but the results always seem to stay the same.