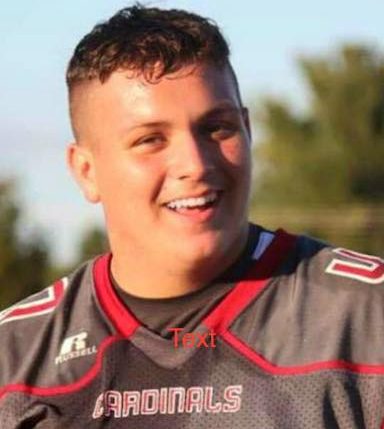 Logan Parker is the player in Kentucky’s 2020 class that reminds me the most of a 2018 kid at Christian County High School who will be featured later this summer named Payton Leneave.  Both players are aggressive and play angrily and both will absolutely knock your teeth out.  Both players have elite strength numbers and impressive speed especially when considered against their bulk.  Both players weigh 250 plus pounds.  From there, however, the comparisons tail off a bit.

Logan Parker has some length for a rising sophomore as he is 6’2″ tall and weighs 250 pounds.  Logan runs the 40 yard dash in 4.9 seconds, while shuttling 4.88.  Logan bench presses 350 pounds and squats 455 and those numbers have some age to them, he might be stronger now as he is a “gym rat” and gains in strength regularly.  The foregoing numbers are confirmed as I have seen him complete both lifts (with my own eyes).  Logan plays from the 0-5 techniques on Defense and plays at Taylor County at DE quite a bit and on offense plays FB.

Logan has violent hands and an incredibly quick get off which explains why he fluctuates between DT and DE when on defense. I have heard it said about Logan, and looking for criticism about him is scant and hard to find even if one is looking quite hard, he takes off plays. at Kentucky Prep Gridiron, we reject that criticism for two reasons: 1. One can’t play every play, particularly when one is so good one never leaves the field; and 2. Logan explodes into the backfield with such ease so many times a game that any snap where he doesn’t gets misinterpreted as his taking off the play.  Goodness people, maybe, just maybe, and I know this is hard to fathom, the OL, for one play, was actually able to block Parker!

Logan started this year as a Freshman for the Taylor County Cardinals and is rated among the top 100 national recruits in his class.  This is an example of on what I perpetually harp as Logan was a two-time Kentucky Future Star and was the Defensive Player of the Game in 7th grade.  These kids who will play in Clarksville, Tennessee this weekend at Fortera Stadium on the campus of APSU are NOT NORMAL MIDDLE SCHOOL FOOTBALL PLAYERS.  Many, like Logan and Octavius Oxendine, are four year starters at the respective high schools where they land and many of them get offered D-I football scholarships as early as their freshman seasons, like Parker and Oxendine.

While Logan Parker has gotten too old to play Saturday for his former Team Kentucky Future Stars, never fear, neither Kentucky nor Tennessee will suffer from any shortage of Logan Parker or Octavius Oxendine types.  Come out and support the game, enjoy a caliber of football at this level unlike any you have before seen and remember ballers…PLAY THROUGH THE WHISTLE!