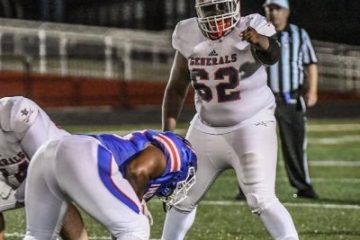 Here is a guy who can play any of the five offensive line positions as a high schooler, including out on the edge where Lafayette plays him. However, we believe Mackey’s future in college is along the interior and we believe he is an offensive lineman at the next level though we wouldn’t rule out his playing “strong tackle” or nose in college in suitable schemes. Enjoy the feature about a lineman flying under the radar but one who promises his best football is still ahead of him. HB.