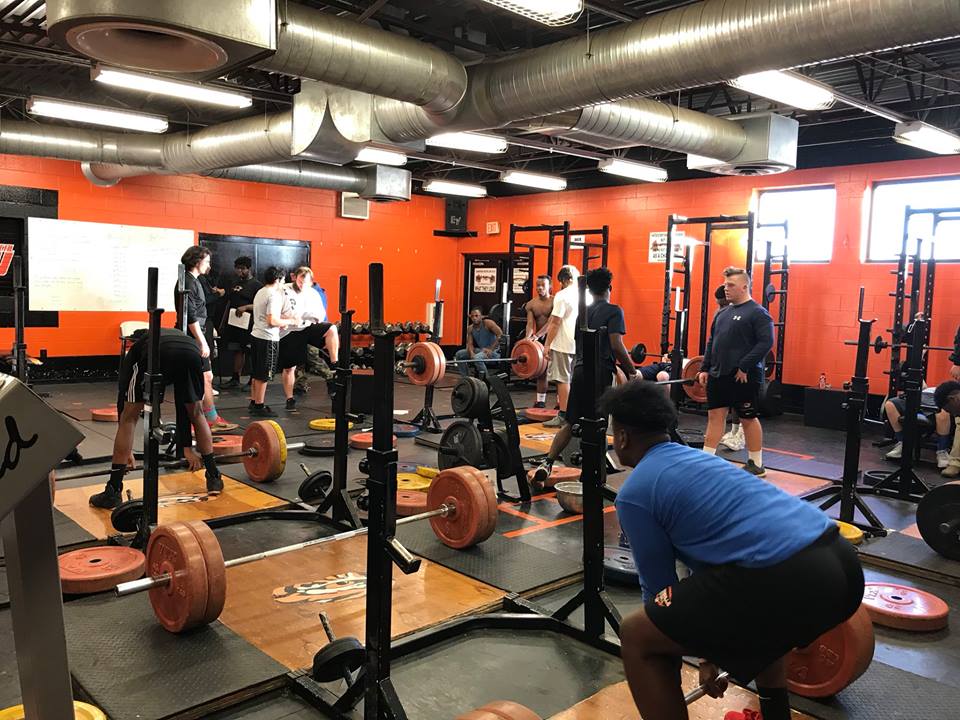 The wonderful thing about football, in my estimation, is the fact it is among the few sports where a bench warmer can turn himself into a first-team player merely by wanting it badly enough and working hard enough. Sometimes it is amazing the physical transformation kids undergo in merely one offseason strength & conditioning program. I have been effusive of my praise of HHS’ strength & conditioning coach, Adam Dowland, who I believe to be the best with whom I have ever worked. There are football coaches who are big proponents of weight training and others, not so much. Personally, I have always said that a game which requires speed, explosion, power and strength is better played by the fast, explosive, powerful, and strong. That seems logical. Maybe I am just entirely wrong, but I fail to see how better play wouldn’t result from building the physical attributes I above described. Football, I have always said, is a game played between predator and prey with the predators appearing to have way more fun playing it than the guys being preyed upon by stronger, faster, more explosive, and more powerful adversaries.

Vince Lombardi was fond of saying that the spirit, the will to win, and the will to excel, are the things that endure. These qualities are so much more important that the events that occur. The offseason is where an athlete has an ability to fully exhibit his spirit, his will to win, and measure his desire to excel. It’s out there for you, the player, provided you possess the diligence and willingness to seize the opportunity the offseason presents. I have always told my own son that his opponent is eating snack cakes and playing X-box this offseason. He can either do the same things or he can use the offseason training to create a vast physical chasm between his adversary and him making his physical domination of his in-season opponent elementary.

As for the importance of offseason training, I am not sure that it has ever been explained any better than by a guy who never played a down of football in his life. Morihei Ueshiba was a martial artist and founder of the Japanese martial art of aikido. He is often referenced as the founder of the martial arts reference to someone as being either a Kaiso or Ōsensei meaning Great Teacher. Ueshiba was quoted as saying that [T]he purpose of training is to tighten up the slack, toughen the body, and polish the spirit. There is a veteran football coach who is a friend of mine. His name is Glen Campbell and he possesses 35 or so years of football coaching experience. Campbell is always telling me to remind my son, William, to tighten up! I am not sure I have ever truly understood exactly to what he was referring or what William was to tighten, but, knowing his background as a martial artist, I wonder if he isn’t specifically referencing the Ueshiba quote of training to tighten up the slack. I must remember to ask Coach Glen Campbell when next we talk.

The important thing is for young football players in Christian County to work hard this offseason to toughen their bodies and polish their spirits. Plus, it would go a long way toward avoiding the rash of ACL injuries both Hoptown and Christian County High suffered this past season. That sound of clanking you hear coming from the respective football field houses in Hopkinsville is much more than just some plates being thrown about; it is a polishing of a spirit too. This message was brought to you by your locally owned, hometown, G1NBC. Remember boys, tighten up and PLAY THROUGH THE WHISTLE!