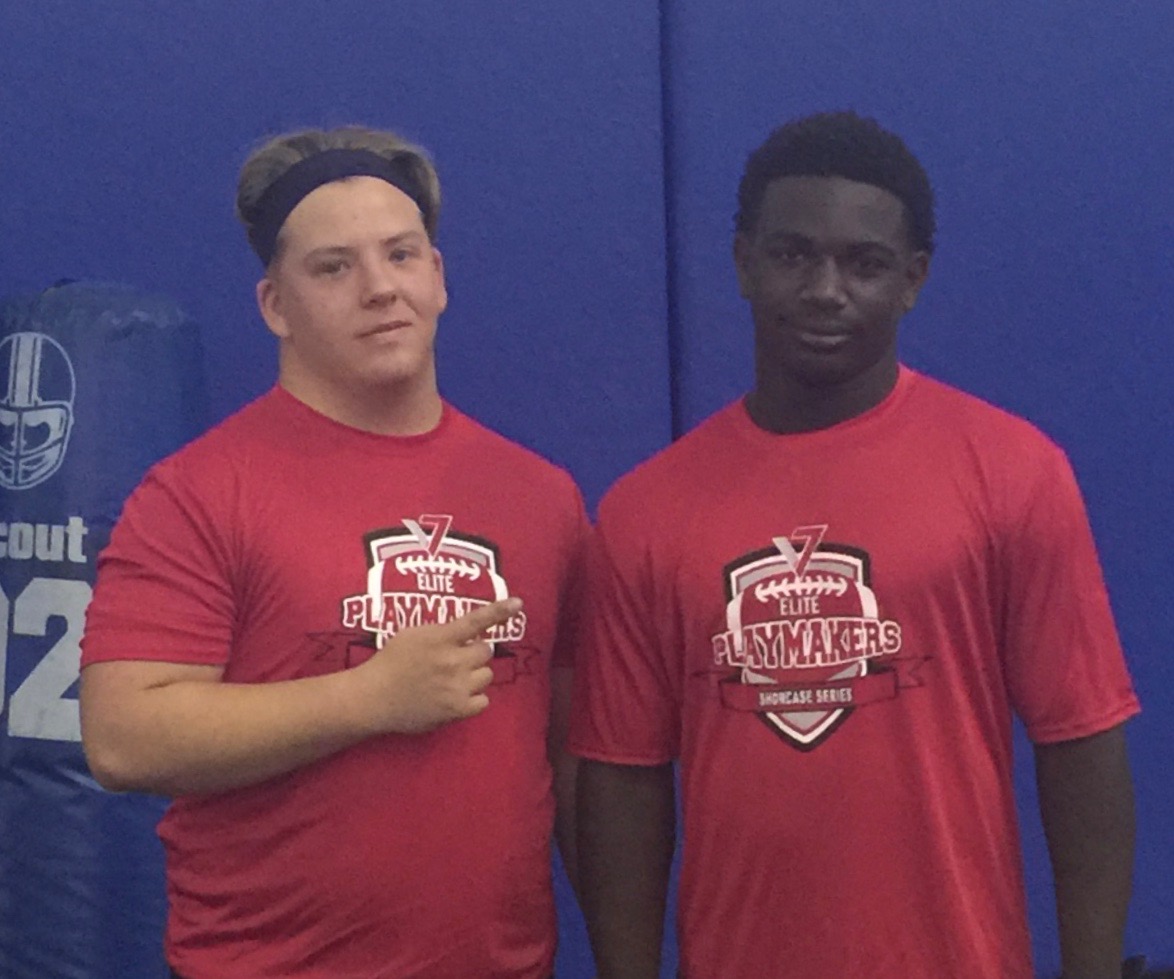 Clarksville, Tennessee will host the Tennessee-Kentucky Future Stars Game next month at APSU and there can’t be a better match-up of heavyweights on which to keep an eye than good friends William Long and Toleo Malone.  Long has before been featured on Kentucky Prep Gridiron and is a 5’10,” 250 pound, freak of nature who reps the NFL combine 225 pounds on the bench 12Xs and Squats 405 pounds.  Long has been timed in the 40, inside on turf, at 5.53 and shuttles in the high 4’s, low 5’s.

Toleo Malone is an incredibly quick and fast while still overpowering lineman whose 5’9″ 185 pound frame is quite deceiving.  At the V7 Combine in Nashville, Toleo was just running over interior O-linemen like they weren’t even there.  Though William Long was there, the two of them didn’t match at V7 with each other but have at numerous other combines previously. Toleo has incredible, RB, type speed and tremendous strength and plans to attend the Ensworth School in the Fall were he is slated to play RB and LB.

There will be lots of storylines in Clarksville next month but none any more compelling or worth watching than these two Titans squaring off against each other when the Kentucky Line of Scrimmage gets ready to ward off Tennessee’s frontal assault.  William Long and Toleo Malone…in the opinion of Kentucky Prep Gridiron, it just doesn’t get any better than this in the 2021 class.