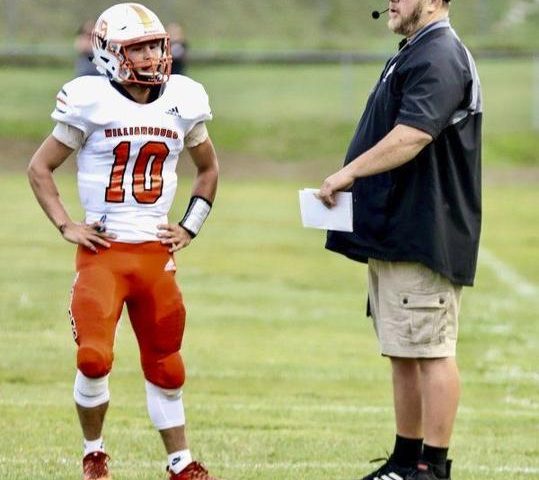 Well, under the circumstances, we have had a very good year picking winners and have hit some numbers right on the head of the nail. We are down to four teams standing in each of our six (6) classifications.

We are going to pick every single one of Friday night’s games. We will attempt to give the margin.

Excitedly, we will have a couple of agents at the Hopkinsville at Boyle County game. We will also be covering Belfry at Ashland Blazer, Frederick Douglass at Owensboro, Beechwood at West Carter, Newport Central Catholic at Paintsville, and Murray at LCA.

Let’s get right to the picks:

Another of the classification’s “big boys” against a team whose football tradition seemingly takes a back seat to no one. If Paintsville is to get this title thing done, it would seem like the year Pikeville takes a first-round nose dive against a 4-seed is the year of the Tiger, so to speak.

Not all semi-final matchups are similarly constituted. We have said all year long that the best two teams in 2A were Beechwood and LCA. We never included Somerset in the discussion because we never believed the Briar Jumpers would get out of the second round alive. We were right then…we are right now. Sebastian Lawrence of Murray is worth the watch. However, it won’t be the year of the Tigers regarding Murray at least.

Among HS football players, there is no one in Kentucky we like better than West Carter’s QB, Orry Perry. Players who love, appreciate, and follow the sport as much as we are sure to pull at the magazine’s heart strings. We have picked against West Carter many times this year and they always come up huge when we do. We may disrespect them right into a Title. We would love for that to be the case.

That being said, we don’t see anyway possible they keep this one all that respectable. Beechwood’s Cam Hergott is that good. This will be a battle between a Mingua Beef Jerky winner (Cam Hergott) against two players who have made the Outstanding Performances article about every week (Leetavious Cline, Orry Perry).

One of our most devoted scouts lives and dies by Belfry football. He called this week to get my thoughts on the game with Ashland Blazer. AB is a really tough place to play. AB benefits from some mighty “friendly” officiating when playing in Ashland, Kentucky. There is a famous call of a field goal which spectators to this day exclaim perfectly split the uprights but the referees in Ashland called it no good. We don’t know the truth of that claim but have heard it all over Eastern Kentucky.

Without or without help, this AB team is legit. This may end up being the best of the Semis and is a really hard one to call. Belfry seems to thrive when we pick against them (like West Carter) so here you go Belfry. You’re welcome.

The “out of nowhere” appearing resurrection of CAL’s meteoric rise to the last 4 standing in its classification has been amazing to watch. However, like our thought on the 2A classification, we have said all year long that E-Town was the most complete team in its classification. Interestingly enough, the final four in the KYMSFA, Division 2 playoff in 2016 were TK Stone (E-Town), Hoptown, Belfry, and Lexington Catholic. Three of those four, four years later, are in the final four of the KHSAA, though not in the same classes. Don’t tell me there is no connection between MS football and the HS counterpart.

The KYMSFA, D-2, State Champion in 2016 ended up being TK Stone. Both Hoptown and Belfry lost in the Semis that year. Will history repeat now that those 8th graders are seniors? Yeah, we believe so.

Boyle County better be careful here. I was telling a friend of mine who called me about Hoptown that one thing never changes around there, they have the talent coming off the bus to beat anyone. I mean, anyone!

Boyle County is one of the better coached teams in Kentucky and it isn’t like they have a bunch of “Joe Slappies” on the roster. This game could be close, or if Boyle jumps on the Tigers early, and they start hanging their heads, I could see it being a blow-out.

Regardless of which occurs, I don’t see Hoptown beating Boyle County in Danville, Kentucky no matter how badly I would love to see it (enjoy upsets and typically cheer for underdogs, sorry Boyle).

I wanted to cover this game but we are sending the Long boys to cover it (William and Fletcher). What can I say? Long is higher up the food chain at KPGFootball than I and Hoptown is his alma mater. Sorry, brother, I don’t see The Year of the Tiger here either.

Franklin County will be the most talented team Johnson Central will have seen all year. The Flyers are an elite team in the 4A classification and they have elite players. Fred Ferrier, Jr. is as good as any receiver in Kentucky at any classification of play and Coach Ledford has it going at Franklin County. With Kalen “Jaws” Washington coming into the program at RB, and Elkhorn Middle School winning the KYMSFA championship this year, the future is certainly bright.

However, Johnson Central runs schemes perfectly suited for the type talent it both gets and has. They are as big, tough, and physical along the scrimmage lines as any team you will see and are among the top-5 football teams in Kentucky regardless of class. This game will be very similar to Corbin, as Franklin County and Corbin are very similar football teams.

Owensboro Senior High has a three “big-timers” of their own. Kentucky’s top-rated, dual-threat QB in Gavin Wimsatt (2022), left tackle, Justin Millay (2021), and a player we believe to be Kentucky’s very best inside-LBer who is athletic enough to play outside in college, Austin Gough (2021). All three of these players have racked up tons of D-1 offers and interest, though we haven’t heard any of the three pledge yet. The thing about Gough is he possesses the grades and intelligence to be garnering interest from academically prestigious schools to go along with the athletic ones.

All the “smart money” will pick Frederick Douglass here. Well, we have no money and have never been accused of being smart.

KPGFootball’s prediction: Owensboro will play Bowling Green for it all…Red Devils by a single point!

Not much to say here other than we don’t believe either of the Semis at the 6A level will be very tightly contested. Male has big-time weapons all over the field.

Still, it has been a crazy year in Louisville football especially for the “public school” squads like Male. We still like the Bulldogs in this one.

Coach Wallace, Saint X, was brought to Louisville to win this particular game. Wallace won numerous championships at Bowling Green Senior High and is one of the top coaches in Kentucky’s history at the high school level. However, he has not figured out how to dent the talent differential between his roster and Trinity’s.

There it is folks, that is our honest opinion being above represented. Coach Long wanted me to include that he completely disagreed with the Hoptown will lose to Boyle County by a lot pick. He assured the entire room his Tigers were going to get it done. The rest of us told him he was picking with his heart, not his head.

In the interest of full disclosure, I attended Owensboro Senior High and my belief OHS beats Frederick Douglass may have well been my picking with my heart. In the end, this type discourse is what makes this time of year so much fun.