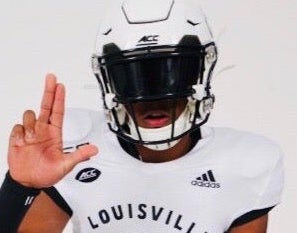 If you were to ask defending Kentucky State Football Champion (3A) Belfry High School, we suspect they would say the winner of their semi-final game, with DeSales High School, was going to win it all, regardless of which team emerged. As it so happens, in 2019, it was Belfry which escaped, narrowly. The Pirates bested the Colts by a single point (15-14).

Now, the Colts have graduated a staggering amount of talent, especially defensively. It is hard to absorb the loss, at the high school level particularly, of players the likes of Demetri Scott (78-tackles, 23-TFLs, 24-sacks), DeJaun Watkins (75-tackles, 16.5-TFLs, 15.5-sacks), and Mekhi Lewis (66-tackles, 12.5-TFLs, 13-sacks). Derek Hollenkamp returns (73-tackles) and offensively; well, there is the Johnson kid.

That Johnson kid is otherwise known as RB, James Johnson. Whether or not you have before heard of him, the fact remains he is easily among the top 5 or so RBs in Kentucky, playing at any classification, in Kentucky’s 2021-graduating class.

Johnson is 6-2 and weighs 200-pounds. He is being courted by both Louisville and UK together with a host of other top-flight schools. He is flying under the radar a bit. He really could use a Twitter account.

We don’t show Johnson having any offers presently. We also don’t believe that situation will last very much longer.

Johnson, playing on one of Louisville’s best football teams a year ago, and against some really tough opposition (St. Xavier, Butler, Paducah Tilghman, Belfry, and CAL; hard enough?), gained 1,494-yards on 200-carries with 19-rushing TDs. Defensively, he contributed 24-tackles, forced two fumbles, recovering one, and had a tackle for a loss.

Johnson was invited to attend the Louisville home game with Syracuse as a guest of the Cardinals. Johnson has also been “chatting it up” with coaches from UK.

Either way you cut it, this kid will play at the next level and at a very high-level. In the words of our friend and contributor Ricco Hughes, “You can bet that!”

As it is, James Johnson travels along in relative obscurity. This is especially true in light of the physical gifts he both possesses and brings to the table.

Johnson is just another fine example of a Kentucky kid, under-recruited, who would be heavily courted if he simply lived somewhere else. Well, we are doing everything we know to do to rectify the situation. Why don’t you subscribe and help us?