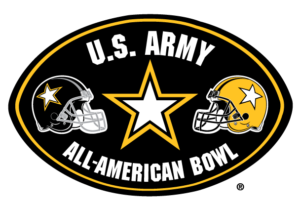 There are a lot of All-American games in existence to which young Kentucky gridiron stars have been invited and in which they have, with frequency, participated. As a public service announcement, I want to make all parents aware of KHSAA ByLaw 9, Sec. 1 which states:

BYLAW 9. BASKETBALL/FOOTBALL CONTESTANT ON OTHER TEAMS, POSTSEASON AND ALL-STAR GAMES

Sec. 1) RESTRICTIONS FROM FIRST DAY OF SCHOOL THROUGH END OF SEASON
Any student who after enrolling in grade nine (9) has been a contestant in football or basketball at any level (grades 9-12) and has eligibility remaining in that sport may not participate on any non-school sponsored team or in any all-star game in that sport or any variation of that sport from the first day of school through the last scheduled contest played in that sport (including KHSAA sanctioned postseason) by that school unless it has been sanctioned by the Board of Control. Emphasis Added.

Now for all of the players following Kentucky Prep Gridiron who have played in All-Star contests as Middle Schoolers, like the Bret Cooper Classic, the Diamond Game, or the Tennessee-Kentucky Future Stars Classic or FBU play, this rule doesn’t appear to me (and I am certainly no expert) to apply so long as the participation occurred before the player enrolled in grade nine. After enrolling in grade 9, if I am reading this by-law correctly, a (for our purposes) football player may not 1. play for a non-school sponsored team; or 2. play in an all-star game in football from the first day of school through his last scheduled contest of his senior year unless the same has been sanctioned by the KHSAA Board of Control. Before you let your son play in an All-Star game from the date of his enrollment in grade 9 through his last game as a senior, you better inquire of the game whether it has been sanctioned by the Board of Control of the KHSAA or it may detrimentally impact your player’s high school eligibility.

This is Fletcher Long reporting for Kentucky Prep Gridiron recommending you both PLAY THROUGH THE WHISTLE and only participate in KHSAA sanctioned contests or All-Star or All-American games sanctioned by the Board of Control.