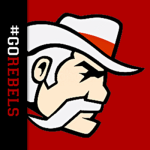 We were going to keep to our theme of covering offensive centers today on KPGFootball. Our Montgomery County player of the Week, the Robertson County Player of the Week, and the Revolutionary Player of the Week, were all offensive centers today. I thought this would be really easy as the center at Todd County Central, Class of 2021 standout, Tyler Latham, who doubles as a NG, would be an easy topic. I mean I already knew so much about him. Then I went and looked at some former articles on the site and saw that Latham has already been the Rebel of the Week, back on May 18, 2018. Should any of you Rebel fans be disgruntled you didn’t get to see that article, I will link it here for your convenience. It was fine work, on an easy subject on whom to write a feature. Since we have already featured Latham, let’s slide over a slot and talk about another of Coach Keith’s Hogs, upfront, in offensive guard, Jeremy Foster.

First of all, no one has to tell Coach Keith that, to be any good in high school football, regardless of classification, you have to be able to pound the ground. Passing the football is fine, but you need to pass the ball when you want to and not because you have no other means to keep your offense on the field. Teams which can run the football demoralize defenses, shorten games, keep opposing offenses on the sideline from where no offense, in the history of the game, has been able to either produce points or win games. You want to be as balanced as you can be, and KPGFootball will be the first to tell you the Rebels, who only threw it for 83 yards a year ago over 11 football games, needs to throw the ball more effectively in 2018 than it did in 2017. However, to be a Championship caliber ball club, one has to be able to run first, then throw.

Now, last year Jeremy Foster, Tyler Latham, and the boys did well opening holes, up front for the Rebels, to run the football as Todd County Central amassed 2,260 yards on the ground. Leading rusher, Isiah Fingers, has graduated, so a large chunk of that ground proficiency won’t be in the 2018 backfield. However, Todd County has enough both in the backfield and aligned at the slot, in 2018, to be able to pound the ground with linemen returning like Foster. Jeremy is a 6-0 and 250 pound prospect who plays with low pad level and good leg-kick. He should be instrumental, in 2018, in digging interior defenders out of the inside running lanes permitting it to be smooth sailing up the teeth of the defense and on into the end zone.

Congratulations to Jeremy Foster for being this week’s Todd County Central Rebel of the Week.  If you enjoyed this article and wish to gain full-access to the site, then subscribe monthly to Kentucky Prep Gridiron by following the prompts!