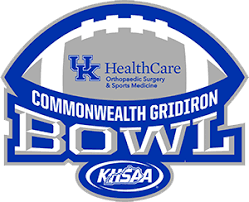 The regular season ended last night. Most of your teams are headed to the playoffs.

Every now and again, old Coach Lyon decides he’s going to give an old, “Rah, Rah” speech. This is one of those times.

Round one of the KHSAA playoffs will commence before you know it. Your teams will be playing for the privilege of either advancing or beginning preparations for basketball season.

For many of you seniors out there, barring extraordinary senatorial action, you will be tightening the chin strap for the final time. For a very few, you have already laced them up a final time.

My advice to you is to savor every minute of it. Football is not a game you get to play into adulthood with very few exceptions.

Now, I coached football for several years. I coached with one particular assistant who played collegiately and always, around this time of year, would break out a saying he attributed to his college coach.

He would look at the team and say, “Boys, the hay is in the barn. It is time to get paid.”

According to online research we conducted at KPGFootball, the phrase comes from a college football coach named, Phil Albert. In the early 80’s Coach Albert coached the Towson University football team.

It has been related to KPGFootball that, near the end of each practice, Coach Albert would say, “The hay’s in the barn.”

It signaled completion. Coach Albert’s talking as much to you guys today as he was his own players then.

Boys, the hay’s in the barn as these playoffs initiate. Old Coach Lyon wants each and every one of you to think about that.

You have put in the work. You have trained hard, long, and diligently. You have done your part. The hay’s in the barn.

Now let’s go out there and get paid.

I love the phrase, and commend it to you, because it doesn’t merely speak to the outcome. Yes, it means winning; but it also speaks to the amount of work it took to get to the point winning pays real dividends.

It speaks to the journey, not just the destination. This is it boys. “The hay’s in the barn…” You know what time it is!