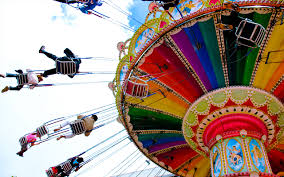 We are coming up on what is commonly referenced as Summer Dead Period. The actual period is described and specifically set forth in the Bylaws of The Kentucky High School Athletic Association. Bylaw 24, § 3, under Summer Dead Period, sets forth partially and particularly, as it pertains to subscribers of Kentucky Prep Gridiron, the following…Students may not receive coaching or training from school personnel (either salaried or non salaried) and school facilities, uniforms, nicknames, transportation or equipment shall not be used each year in any KHSAA sanctioned sport or sport-activity during the period beginning with June 25, and going through July 9. School funds may not be expended in support of interscholastic athletics in any KHSAA sanctioned sport during this period…Emphasis added.

I find it interesting, and I hope you do too, that this Dead Period was established during the mid-90s in Kentucky High School Athletics. The comments on the Bylaws indicate, there was a nearly year-long task force convened and charged with reviewing issues concerning year-round athletics eroding family opportunities for a break from participation. In the mid-90’s, outside entities were, it would appear, sponsoring a growing amount of school based summer competition.

The comments to the Bylaws also detail that overzealous coaches were requiring players to play games throughout the summer, in addition to the year-round workout regimen. The task force determine that, while this may seem to be in the best interest of developing sports talent, the development of sports talent alone is not the goal of high school athletics. The task force went on to outline the objective that the goal of high school sports should be to supplement classroom learning and allow for in-season competitive opportunities, not a year round Olympic or professional development period.

At the time the Dead Period was being adopted and codified with the Bylaws, families were complaining they could not plan vacations and outings because of coach’s requirements and athletes were complaining of being too spent. For the schools’ part, the schools were increasingly concerned with liability issues related to year round, required participation. I find it interesting to note the task force, at the time the Bylaw was being formulated and passed, conducted a survey of administrators and coaches who were members of the KHSAA. In the survey 80% of superintendents, principals and athletic directors indicated they supported a Dead Period in the summer. The member administrators overwhelmingly favored a four (4) week Dead Period but, when the member coaches complained, two (2) weeks was settled on in compromise. The Bylaw’s primary intent as is stated in the Comments is to eliminate, for an approximately two (2) week period, the leverage a coach has over his/her high school athletes.

We take seriously our commitment to informing our subscribers about all aspects of Kentucky High School Sports as it relates particularly to football so, enjoy the Dead Period upcoming from June 25-July 9, vacation with your families or lie around the house, and from July 10 through the beginning of the upcoming High School Football Season remember ballers…