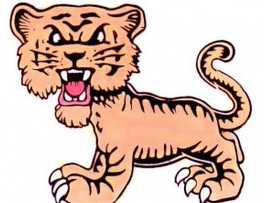 Anyone who hopes to coach at either school needs to both read and understand the meaning of this rivalry or they should not apply for the job!

In a sporting rivalry seemingly as bitter as the “Hatfield-McCoy” feud, though not as bloody, two teams will face each other Friday night in Hopkinsville, Kentucky to either play a football game or fight to the death. There have been years where the difference was virtually indistinguishable.

Every team and every town has a rivalry game. Every team in every town believes it possesses quite a bit of disdain for its chief rival.

There is a difference. All of those teams would claim to dislike each other only one week a year, the week of the game. The other 51-weeks, well, they are all from the same town or county, after all.

As someone who grew up on the Hoptown sidelines (my dad was the team doctor for approximately 20-years), and someone who experienced the rivalry, personally, against Christian County either before, while, or even, after attending Hopkinsville High School, I can tell you the degree of dislike between these two schools is more pronounced, more imbedded, more perpetual, than your normal cross-town rivalry. What do I mean by perpetual?

Well, most Hoptown fans I know dislike Christian County way more than one week a year. It’s a year around thing.

But why? Where did this blood feud originate? Perhaps from the very beginning…

The year was 1962 and Christian County was new to both operating a high school and playing high school football. Hopkinsville High School wasn’t, having already won a Kentucky State Conference Championship in 1940 (State Title, pre-KHSAA) and numerous WKC titles.

Coach James Bravard had been let go after the 1961 team limped to a 2-6-1 record and a young coach, who was in Hopkinsville visiting a friend, heard of the coaching opportunity and pounced on it. His name was Fleming Thornton.

Thornton’s first Tiger squad rolled through the likes of Franklin-Simpson, Trigg County, Russellville, Clarksville High, Fort Campbell, Madisonville, Mayfield, Caldwell County, and Murray and stood a perfect 9-0 on the eve of a trip to Bowling Green with a playoff-berth on the line. The Tigers narrowly lost to BG, 10-6, and were, thereby, eliminated from the playoffs on the strength of that one loss.

According to how the story goes, all the young people of Hopkinsville, in 1962, hung out at Jerry’s, which was either a restaurant or may have been a drive-in, but a hang out nevertheless. Upon arriving back in Hopkinsville from the game in Bowling Green, the Hoptown players went to the hang-out, like always, and encountered a group of Christian County football players who feigned ignorance about the outcome of the Bowling Green game and kept inquiring of the Tiger players, who won tonight?

According to a 1962 prominent member of the Tiger team, who spoke to this author last evening; it was pretty clear, at the time, the Colonel players knew who had won the game and were rubbing the Tigers’ faces in their having been eliminated from the playoffs. Unfortunately, for the Colonels, they had to play the Tiger team the last week of the season, and they had just given the Tigers something for which to play. The Tigers won the first game 82-7.

The Colonels were incensed. In those days, the Colonels had a high school published newspaper and the author of the post-game article insisted Coach Thornton had rolled up the score on the young Colonel team. We have interviewed Ray Cobb, a prominent player on the 1962 roster, and the guy who scored the very first TD in the series, on a 70-something yard TD return of the opening kick-off, and Mr. Cobb insists Thornton didn’t run up the score that night, regardless of the final margin.

“We never played the first team, at one time, all night against the Colonels in 1962.” Cobb told KPGFootball. “Four strings of offense played in the game and all four strings scored. What was Coach Thornton going to do, put in a bunch of kids who never get to play and tell them not to score?” Good point.

Regardless, Colonel faithful insisted then, and still today, that the Tigers had shamelessly run up the score on the neophytes. The Colonels got a ton of mileage out of that initial game as it became The Alamo rallying cry for Colonel squads for decades.

It also became the offered excuse for the 42-0 beat down in 1977, the Colonels putting 51 on the board in 2005, and even why the Colonels put 60-plus points on the scoreboard in 2011 (61-7) and 2012 (63-14) against the Tigers. Every time you would encounter a Colonel fan, especially one with a little age on him or her and comment on the unseemly amount of points the Colonels scored against the Tigers, you would get some bull-malarkey about well, obviously you weren’t around to see what Thornton did to us in 1962.

In sitting down to write this article, words sufficient to describe the hatred which exists between these two teams was hard to either capture or even formulate. How do I, believably and credibly, relate to a high school football fan from a town, other than Hopkinsville, the unfathomable depth at which the disdain between these two squads has been both sown and delved-out over the years? How will they ever believe it?

Well, let me put it this way…I interviewed Tiger great, and former First-team All-State defensive guard, Chuck Hughes, who anchored the defensive line on the ’84, KHSAA, Class 3A-Runner-up for Hopkinsville. Chuck went on to play for WKU and was a first-team player there.

Chuck and I are very good friends and have been since both in high school. Chuck confided in me (I told him this was going in the article, so I am not violating his confidence, just so you know) that the hardest decision, as a parent, he ever made was enrolling his own son, also named Chuck, a.k.a. Chucky, in Christian County High School to play for the Colonels.

Chucky went on to become a First-team, All-Stater himself and play on a team which played for the High School State Championship (5A). However, Chuck told me, “I never liked them sum-bitches, even when Chucky played there.”

“I loved my son, and cheered for him,” Chuck told KPGFootball, “but it killed me to see the Colonels succeed sometimes. It really took everything I had to not openly root against them the entire three years Chucky was there.”

Well, folks, if that doesn’t cement for you the special degree of acrimony which exists in this football rivalry, KPGFootball is afraid there is nothing we can relate which will possibly explain it to you. In our opinion, that should just about say it all!