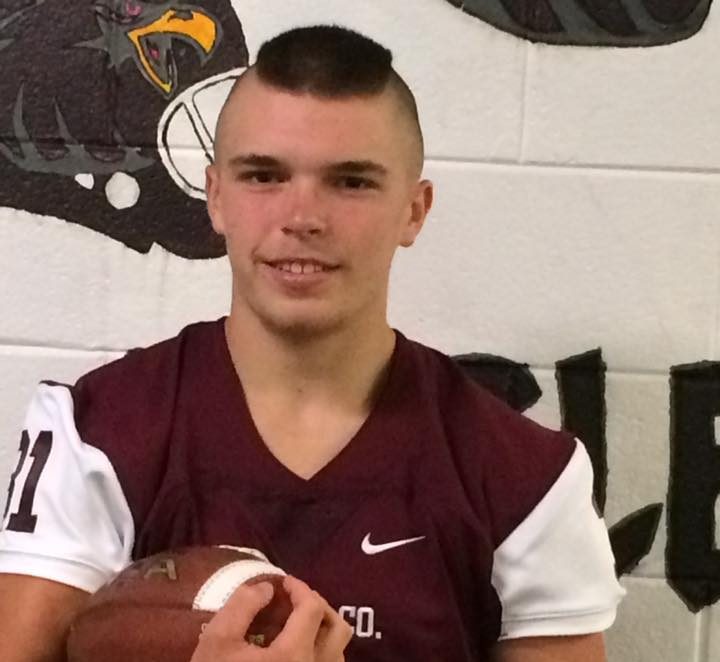 Continuing on with our series of Plug-In Players which we have defined as freshmen players (2021) who either are starting right now on the Varsity team of their High School or are expected to start before the year is over and who are dressing Varsity and sure to contribute. The next three in our series are the following:

Preston Spurlock is a favorite on the Team Kentucky FBU and Future Stars Circuit. I can certainly tell you he is one of my favorites. Preston is a hard hitting, hard nosed, kind of player who is a throw back kind of guy. Preston is the kind of hard-nosed, tough hombre would have played football with your Dad. He’s just tough and gritty. Leslie County has Preston starting right now at MLB, even though he is a freshman, according to sources we consulted for this article. I wouldn’t be surprised to see Preston play some Offensive Guard at some point too should he be required to play some Iron Man football. Preston is a weight room junkie which means that, while he is well advance in overall strength for his age particularly, he isn’t the type of player who will permit any moss to grow on his stone.

The next player in the series is a guy who played for Team Kentucky FBU and for Team Kentucky Future Stars before leaving the Commonwealth of Kentucky forPatterson Prep in the State of Georgia. Jordan is a 6’2″ 275 pound former FBU All-American and nationally ranked prospect in his class of 2021. Jordan is, again, according to sources consulted by Kentucky Prep Gridiron which we believe to be reliable, starting at the Left Guard position. How good is Jordan? Well the guy in the photograph at Left Tackle is the highest rated guard nationally in his class. So, Jordan is good enough to move that guy to a position he isn’t slated to play in college. Patterson is a football factory and I am sure the folks around Harlan County, Kentucky aren’t too pleased a prep school in Georgia has plucked its ripest peach in the whole dang fruit garden, but, oh well, c’est la vie…

The final player whom we will discuss in part II of this series is Seth Mounts. Seth plays for one of the best programs in the Commonwealth of Kentucky High School Football in the Belfry Pirates. Seth is a 6’3″ 180 pound tall and gangly prospect with outstanding length, ball skills, and a frame which can hold a lot more bulk and weight, and likely will. Seth has excellent pursuit, tackling, and coverage skills and the upper body strength to scrape down the line of scrimmage and make plays in the run game. Sources we consulted from Belfry tell us that Seth is pushing to start week one for Belfry High’s Varsity team. Even if he doesn’t start initially, it won’t be long into his initial campaign before he sees the starting lineup. Seth was a member of the Team Kentucky FBU program and made numerous All-American Teams while in Middle School. As you can see from this batch of Plug-Ins, High Schools across the Commonwealth are feasting on the talent coming up from its Middle Schools and filling out its rosters with front-line, first teamers.