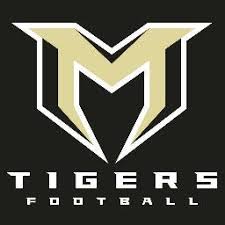 Shockingly, Chase Merriss, who also plays basketball at Murray High School, doesn’t have a highlight video of his football exploits. When you go to his Hudl page, you can re-route to a page for Murry High School Football in general but it doesn’t appear Merriss, a Class of 2019 running back, has his football highlights on his Hudl page. Also missing from any roster we have accessed in both of the sports he plays (basketball and football) is his physical dimensions. It is almost like the young man doesn’t even want a recruiter to bother him. Curious.

Well, his on-field production is nothing at which to sneeze I can tell you that. Merriss, last year for Coach Keith Hodge‘s Class 2A, District 1 football team, gained 1,469 rushing yards, over his 239 rushing attempts, for 6.146 yards per attempt. He also scored 22 rushing TDs for the Tigers who finished 5-7 in 2017, losing in the second round of the playoffs to Owensboro Catholic 40-14. The Tigers scored 430 points over its 12 game schedule, largely thanks to Merriss’ 135 points he personally contributed but struggled defensively, allowing 424 points to be scored by its opponents whom they also permitted to rush for 2,426 yards and throw for 1,987 yards over the course of the 2017 season. One would have to think, that with Merriss back in 2018, if the Tigers could get better play out of its defense, Murray High School might well make some noise in its classification this next Fall.

Congratulations to Chase Merriss for his Revolutionary Play which has earned him this week’s recognition from the fastest growing bank in the Commonwealth of Kentucky…your friends at Independence Bank.