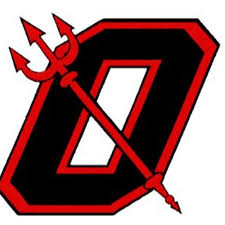 This is a huge match-up tonight between two teams which are either playing really good football or have, so far this season, shown the ability to play really good football. There are big time players on both sides of the match-up and feature one of the top Class 5A teams in the Commonwealth of Kentucky (Owensboro) against a team which has to be the early favorite to win the Class 6A, district 1 title this season and which is also polling well this year (Daviess County). This game also pits two of the most productive QBs in Kentucky against each other. This could turn out to be a shoot-out at the O.K. Corral. Let’s take a look inside the numbers of this pivotal game and see if we can’t clarify a likely victor tonight.

Common Opponents: This is something at which most odds-makers look but something the value of which isn’t too clear. We don’t ascribe this much weight at KPGFootball but do ascribe it a little. Owensboro Catholic is a common opponent for the two teams. Owensboro lost to Catholic 45-32 in what has to, easily, be the Red Devils worst seasonal performance, to date. Daviess County destroyed Catholic 49-26 in week zero.

Owensboro: Ranked 31st, in Kentucky, according to MaxPreps and Calpreps.com with MaxPreps ranking Owensboro the 2,318th best high school football team in America.

County: Daviess County is ranked 41st in Kentucky, according to both MaxPrepsand Calpreps.com, and 2,830th in the nation.  When you get down to the computer believing one team is 10 slots better than the other in the State rankings, and less than 500 slots nationally, can’t really say that amount of margin establishes much of an advantage either way.

Game statistics: Owensboro has reversed its offensive philosophy drastically from the offense which was both ground based and ineffective throwing the football in 2017. Owensboro has rushed for 137.75 yards a night through its first four games, which is down from a year ago, but have thrown it for 253.25 yards a contest, which is a dramatic increase. Owensboro is averaging 391 yards of total offense a night, and against the competition it has thus far faced, pretty impressive. Defensively, the Red Devils aren’t faring too well, but some of that, again, is look against whom they have played. Owensboro is permitting opponents to out-gain it on the ground, allowing 157.5 yards a night rushing, and permitting the opposing offense to throw for 203,5 yards a contest. The defense is allowing 361 yards of total yards to opposing offenses a game.

Daviess County, on the other hand, a team coming into the season one would expect to throw it all over the ball park based off of what it did a year ago, has rushed for 735 yards, or 183.75 ground gains per outing. Joey Cambron has thrown for 852 yards over his four games or 213 yards per game. While Cambron has completed 73 of his 123 passing attempts and has thrown 10 TD passes, he has been susceptible to being intercepted, throwing 7 of those over his four games. Daviess County, defensively, has allowed only 81.5 yards a game rushing, and 117.25 yards a night passing. For the Panther defense, Cameron Duvall has registered 56 tackles, 3 tackles for loss, while Tyler Garner has 47 stops and 5 stops behind the line of scrimmage. Jonathon Stefanopoulos has 5 TFLs and Duvall, Garner, and he are 13 of the team’s 23 tackles behind the line of scrimmage. Daviess County has sacked the QB 5 times on the year and have recovered 4 fumbles without the benefit of having intercepted a pass, at least not yet.

Intangibles: Marquel Tinsley has only played in 3 of Daviess County’s 4 football games, missing the Border Bowl with Evansville Central on August 25th. Tinsley caught nine (9) balls in the opener with Catholic, caught 11 against John Hardin, but only two receptions against Hancock County for his 22 catches on the year. Somewhere in there it was rumored Tinsley suffered an injury. Obviously, Tinsley is back and playing? The question is, is he all the way back, if you catch my drift? I believe his performance tonight should tell us a lot. Now, Owensboro was going great guns until the slip up against Catholic. The last thing you want, after learning of your own mortality, is a visit from Bowling Green High School. However, Owensboro went toe to toe with BG and that performance has to encourage the Red Devils about is prospects tonight. This game is a really close call and there is no home field advantage as both teams come from the same county and town. This comes down to two issues. Tinsley’s health and which Owensboro show up, the one which slaughtered North-Hopkins, beat Reitz, and went toe to toe with BG, or the one which got drummed by an inferior Catholic Squad which Daviess County drilled?

Crunching all of the above it looks like each team has a slight statistical advantage in one of the enumerated areas with the remaining areas being even. Daviess County won the game in 2017, 33-27, but that Owensboro team couldn’t really muster a passing attack. The game may come down to a battle of the QBs, between Joey Cambron (Daviess) and Will Warren (Owensboro). We think Owensboro is ever so slightly capable of a higher caliber performance than Daviess County. We are taking the Red Devils.

Well guys, this is what the tea leaves tell us. Our being more impressed with Owensboro is largely owing to its play against what we know to be a really good team in Bowling Green. Well, I suppose we shall how this plays out tonight! Either way, we can’t wait to see how this conflict resolves and it will be interesting to see whether the statistical analysis, employed here, foretells anything, at all, about the outcome. The great thing about football is; it still has to be played on the field. Thanks for joining us for Inside the Numbers.