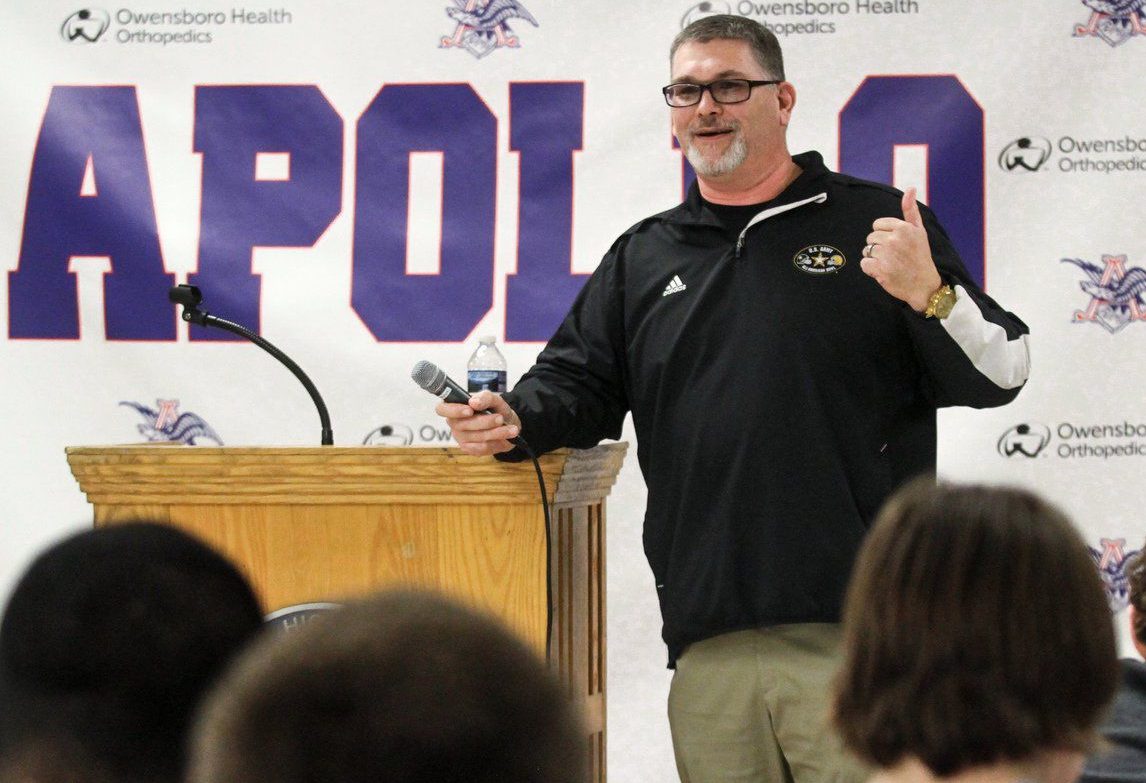 In what casually appears a lateral move, Jason Frakes reported, on behalf of the Louisville Courier-Journal, that Phillip Hawkins has stepped down after four seasons as the football coach at Doss High School to take the same position at Apollo High School in Owensboro. Coach Hawkins led the Doss Dragons this past season to an 8-4 record, losing in the KHSAA, Class 5A, State Football Playoffs in the second round to Montgomery County. The Dragons, under Hawkins, came out of the gate 1-3, with an opening win over J-Town, before dropping three straight to South Oldham, Male, and Butler. The Dragons were able, after that stretch, to win seven straight by beating Southern, Fairdale, Fern Creek, Iroquois, Atherton, North Hardin, and Woodford (round one), before bowing to Montgomery County 28-6 (round two).

Hawkins, a 1987 graduate of Franklin County, who spent two seasons on the University of Washington’s football roster, got the head job at Doss, his first head coaching job, by replacing LaKunta Farmer, who had formerly held that post and who is now the defensive coordinator at Ballard, a class 6A school. Prior to taking the Doss job in 2014, Hawkins was an assistant at Frankfort and Ballard. At Apollo, Hawkins will be replacing Dan Crume, who remains at the school as Athletics Director. Crume, this past season, led the Eagles of Apollo to a 7-4 mark, dropping its round one game, 51-31, to Greenwood High School.

Looking at the Owensboro Apollo’s roster on the MaxPreps site, Owensboro Apollo is graduating 11 seniors from this past season. However, the Eagles return a 1,000 yard rusher in McKenzie Mariano, it’s leading passer in QB Colby Clark (who last year threw for 1,342 yards with 14 TD passes) both its leading pass-defenders in Sam Parm and Gage Hayden (who combined this last year for 6 picks), and three of its top four tacklers in Chris Schwartz, Nathan Roberts and Quinten Miller. Looking at the situation from outside-in, someone taking that job over has to be enthused the Eagles return quite a bit of production.

We would like to congratulate Coach Hawkins and welcome him to Apollo Football and Owensboro communities. We also wish Louisville Doss well in locating the right head coach to lead its program henceforth. Reporting for Kentucky Prep Gridiron, this is Fletcher Long reminding all players across Kentucky, be they Eagles or Dragons, to PLAY THROUGH THE WHISTLE!