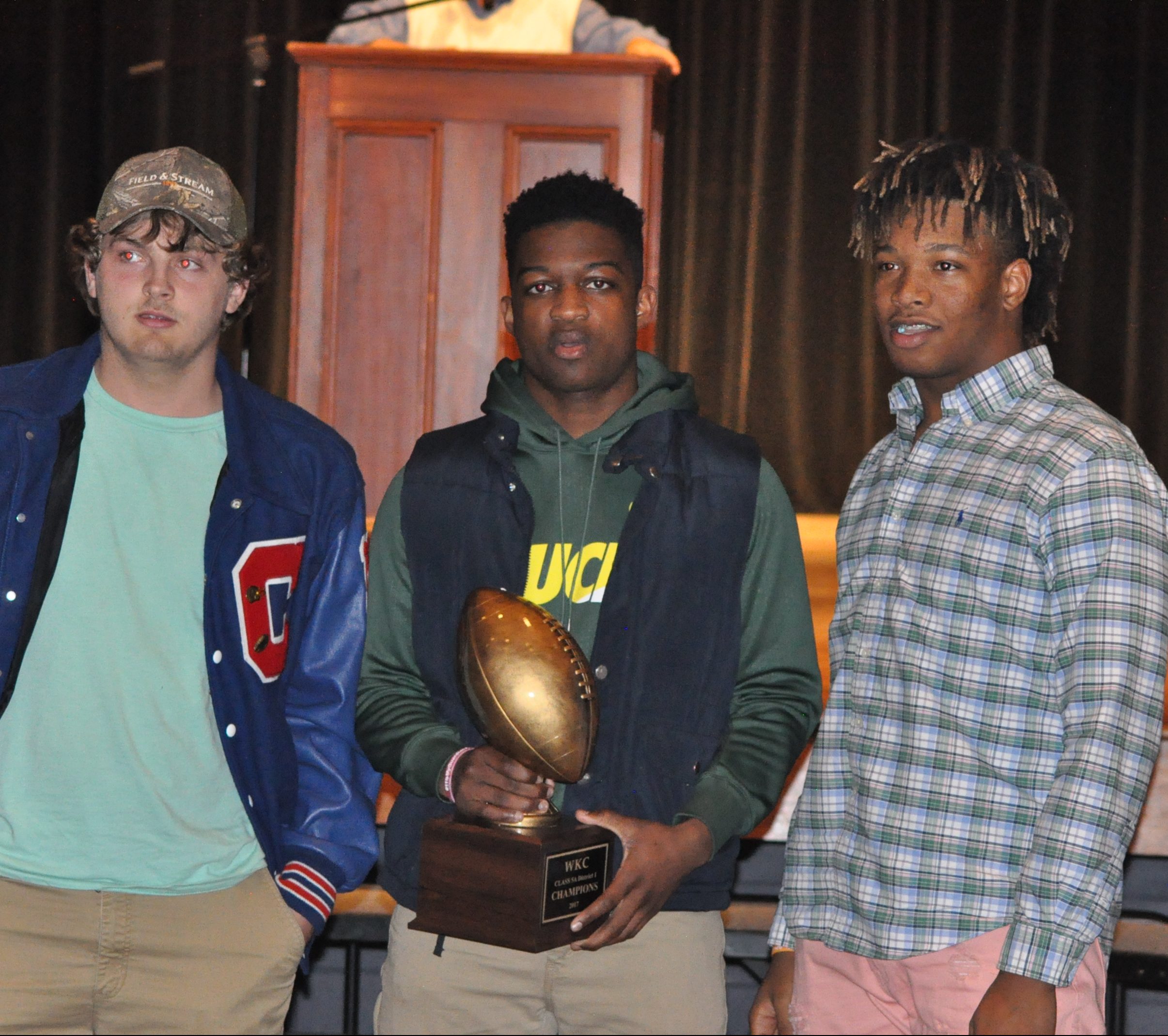 When it comes to taking on a transfer who is likely to make an immediate impact, you can’t do much better than a player who will step into a starring role on both sides of the football. Ellis Dunn has moved into the Hopkinsville High School zone and will be wearing the Orange and Black this upcoming Fall. It is difficult to fully describe how big of a deal that is for the Tigers and how much impact it is likely to have. Ellis made the All-WKC team, last year, at receiver for a 10-0 football team in the 5A classification (Christian County High School). He caught 42 footballs for the Colonels, second to JaQuon Long‘s 43 receptions, for 622 receiving yards. By the way, JaQuon Long is now playing college football in North Dakota.

The Tigers lost leading receiver Gavin Marschand to graduation. Marschand, in 2017, caught 48 passes for the Tigers for 1,143 yards and 9 TD receptions. Can’t argue with Marschand’s grit, guts, or production as they were all first rate; but Marschand was the only down-field threat for the Tigers’ 2017 offense and no one can say that Marschand has either the physical tools or characteristics, much less the athleticism, of an Ellis Dunn. Having Ellis Dunn to target downfield, with rising sophomore Reece Jesse on the other side at 6-3 and 170 pounds, gives the Tigers downfield threats with elite athleticism and better than average speed. What makes this even more lethal is the return of Class of 2020, Sophomore All-State QB Javier Jay Bland. Bland threw last season for 2,143 yards and 22 TDs, through the air, in leading the young Tigers to their first Regional Final since 2006.

Ellis stands 6-0 tall and weighs 185 pounds and is really put together. Dunn recently recorded 13 bench press repetitions at 185 pounds (high school, combine rep weight) at the Blue-Grey All-Amiercan Combine (Tennessee Regional). That is an approximate, one-rep, bench press max of 260 pounds. Ellis has before run an automated 4.6 second 40 yard dash and registered a pro-agility shuttle of 4.3 seconds. As for the broad jump, Dunn has jumped 111 inches (9-3) under formal combine conditions, thus demonstrating his explosiveness. Ellis is a kid with long arms, the type size at his position colleges desire, and times his leap well with quite a bit of vertical explosion. His ability to go up and win footballs shows both aggressiveness and how well he high points downfield passes. He appears to pluck them out of mid-air with his large, soft hands, catching the football away from his body.

Ellis plays safety and corner on defense and gives the Tigers some back-end height, length, and the vertical recovery speed it has lacked in its defensive back four.  Let me say this, I have seen him at corner, pressed up man, and for a receiver to get into his pattern against Ellis, Dunn has to let him run a route. Dunn is mean, aggressive, and grown and you aren’t getting into a route unless he decides he wants you too. He takes receivers completely out of the game. As for 50/50 balls, whether on offense or defense, you have to like the chances Ellis comes up with the football. It is well more than half the time. Can’t fully describe all the ways this pick-up adds to an already loaded roster but, for people wondering, Ellis Dunn’s transfer to Hoptown was one reason I voted HHS number one in my preseason Top 5 in the 4A classification.