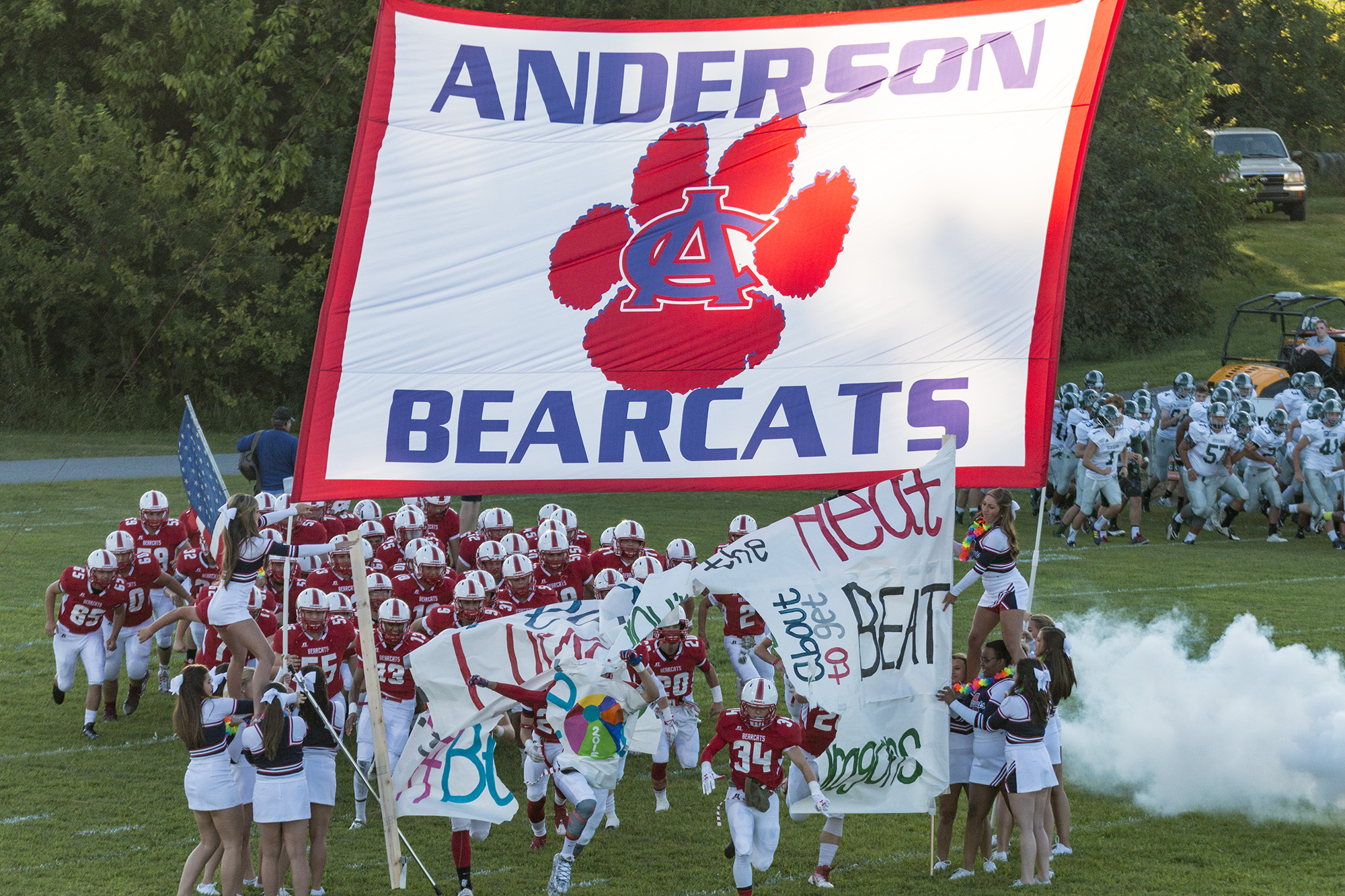 I believe we at KPGFootball have been the first to admit that we missed some in selecting our, first ever attempted, AFI-KPG Freshman and Sophomore All-State Football teams last year. Obviously, there were more than the 64 players we selected who were worthy of the distinction. I have recently written about a running-back from Montgomery County High School, named Charles Collins, who should have been on the Sophomore All-State team. Of course, you can hardly blame us, it was hard to find anything on him, coverage wise, for us to even publish a feature about him and he gained 2004 yards rushing with 29 rushing TDs. Probably going to have to blame that ommission, if we are being fair, on the media outlets in and around Montgomery County, Kentucky. Instead of focusing on our perceived failures, we prefer to focus on our resounding successes…like our selection to the Freshman All-State Football team of Strong-side Defensive-End, Darion Dearinger.

Dearinger is a player who could easily end up on either side of the ball in college. We believe his most likely position in college with be DE where he already possesses the frame and athleticism of a major, division I, prospect at that position. Darion is 6-3 and weighs 235 pounds with good strength (255 pound bench press and 385 pound back-squat) and outstanding speed, athleticism (28 inch vertical) and quickness (4.74 40; 4.5 shuttle). Dearinger also exhibits really good flexibility and ability to bend, as he comes screaming off the edge, dipping under the left tackles’ hands, to apply outside pressure on the passer. Last season for Coach Mark Peach’s Bearcats, who are a district 6 team in the 5A classification, Dearinger recorded 48 tackles, 35 of which were solos, working against what is traditionally one of the better offensive lineman, week in and week out, on the opponent’s roster, the left tackle. On offense, Dearinger caught 2 passes for 17 yards and was an accomplished 6th offensive lineman in the Bearcats’ run game.

For the Anderson County football fans, there almost has to be a what could have been type quality to last season’s ending. Now, a lot of coaches and fans would be satisfied the program is heading in the right direction with an 8-4 work slate and 2nd round loss to a State Semi-finalist, especially with a freshman relied on to anchor down the strong-side of the defense at end. Still, losing to a Madison Southern team by the slimmest of margins (14-11) in round 2 and having to watch that team advance on to pound Montgomery County in the Quarters 61-20 and beat Harlan in the Semis 27-20, had to leave the Bearcats wondering what might have been? Maybe, and this is purely speculative, but maybe, had it been Anderson County winning in round two, it would have been the Bearcats playing on Kroger Field for the State 5A Championship. This offseason, that should give Dearinger and his mates at Anderson County every ounce of motivation it could possibly need!