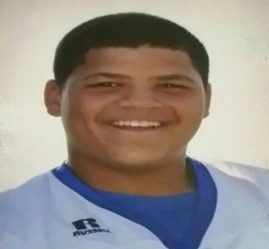 I remember it like it was yesterday. We had just come out with our AFI-KPG Freshmen and All-State Football teams and I had left off a sophomore, starting LB, playing in Kentucky’s 5A classification. This guy played for one of the most storied programs in the Commonwealth of Kentucky, started 10 games as a sophomore, and registered 70 tackles, 46 of which were solos. As a matter of fact, I felt so guilty for having missed him, and not including him on the All-State team, I made him the Independence Bank Revolutionary Player of the Week the first week after the teams had been announced. Here is the article about Owensboro’s Trace Grenier. I will go on and concede he is just one of quite a few omissions whom, in a perfect world, deserved to be so singularly honored. You have to cut any all-star, all-state team somewhere. There is always someone whom should have been included but, in the end, is omitted.

I told you all of that to tell you this. You never get them all. It is impossible. Now, I am confident that each of the 64 players I named either Freshman or Sophomore All-State were very deserving. However, I am equally sure there are more than 64, All-State caliber football players in Kentucky’s classes of 2020 & 2021. I am sure Ricco Hughes and the Kentucky Future Stars’ selection committee will tell you the same thing. They didn’t get them all either. As the years roll by; that point will become self-evident. There is one guy whose omission I believe to be in error; although, to be fair, he is an alternate. That guy is someone whose film leaped off the screen at me. That guy is a player I believe may have been misaligned and wrongly deployed for his middle school football team. That guy is Dravin Routt.

Dravin Routt is a 5-9, 225 pound guy who the Royals used as an end defensively and as a tight-end offensively. I have had an opportunity to review his highlights and this is what I saw. Dravin has got really impressive straight line speed from the film I watched which was evidenced by his ability to gain over the top separation from back four defenders down the field. He should have been an easy cover, down the field, for players who should have been much faster than he, although they didn’t look it. He moves well. Now one thing which might have hurt Dravin’s candidacy is I don’t know at what position he auditioned. He is listed as an alternate TE, leading me to believe he tried out at that position. Had I been advising him, I would have told him to try out as an offensive guard, where his lack of length wouldn’t have hurt his chances and his quick feet and running speed would have been a plus for an offense looking to pull, trap, block the downfield zone, and reach. I noticed on Mason County’s roster, one of his listed positions is guard, so kudos to the varsity staff. Dravin, you son; are a guard, although you could be a FB too, should your offense utilize one. Your present lack of length is going to be a deterrence to playing you at TE, sorry. Of course, being only an 8th grader means you might well lengthen as you mature. In which case, you may well end up at TE someday, down the road.

Overall, I would tell Dravin the same thing I would tell any one who tried out and didn’t make this team. He is clearly a Team Kentucky caliber of player or he wouldn’t have been even selected an alternate. As to why he didn’t get on the active roster initially…those of us who pick these teams are humans, and sometimes we make mistakes. If you don’t believe it, refer to the saga of Trace Grenier.