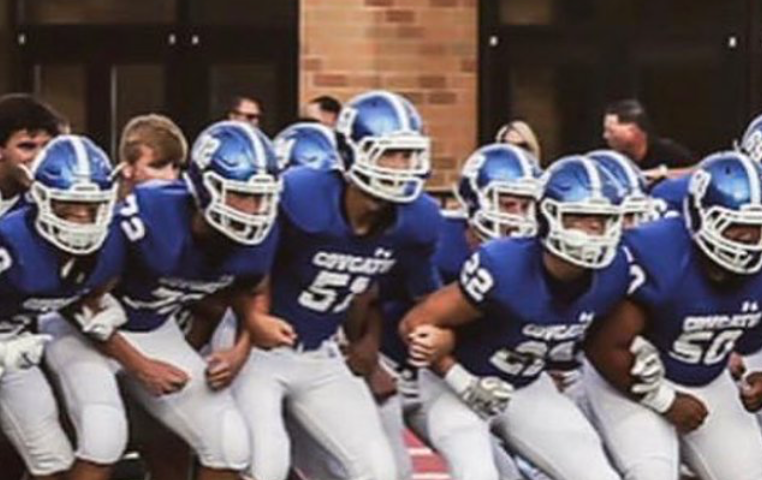 There are a few holes left in the roster post spring commencement!

We were asked a funny question just the other day from a football coach in the western end of Kentucky. The question wasn’t too odd. We get asked something similar to it, in various forms, almost every single day.

“Which team, from out of Kentucky’s 6 classifications, is the commonwealth’s ‘best football team’ entering 2020?” I really had to think about it.

I told him that, according the the CalPreps.com algorithm, Covington Catholic is the best overall team. They were ranked number one in the preseason rankings the service recently released.

Of course, early in the year, that algorithm isn’t as accurate as it becomes as the year progresses. Right now, all the data from which to make a determination like that is from last season.

An example of the early season inaccuracy can be gleaned from last preseason. Preseason 2019, Breathitt County was ranked the 23rd best team in the 2A classification. They had a less than 1% probability of winning all 10 of their regular season games and were, preseason, selected to finish 6-4.

Of course, we know what happened. They had three HUGE transfers in the offseason in William Long (All-State Center/HM Nose), Charles Andrew Collins (All-State RB), and Lane Weddle (Athlete) and posted a 13-1 record that season, which included a 10-0 regular season, and ended the year ranked 4th by the same computer.

Clearly, the computer was way off in evaluating the Bobcats in the 2019 preseason. Not many teams make that sort of jump during the course of a single season.

So, is Covington Catholic Kentucky’s best team? We will look at that later in the article. Regardless, they very well may have Kentucky’s premier QB.

How many high school quarterbacks complete over 64% (.64092664) of their passing attempts with a 3.5:1 TD to interception ration? Probably about as many as have a Notre Dame signee on the other end of the aerials.

As we brag on Jacobs, our praise over his productivity in 2019 has to be tempered a little by his getting to throw his passes to Kentucky’s 2019 “Mr. Football.” Not only that, Michael Mayer may have been the best high school player to have ever played in Kentucky. We are pretty sure he was the best at the high school level any of us around the magazine have ever seen play in Kentucky.

The cupboard for 2020 isn’t completely barren however. Ethan Reardon returns.

Reardon caught 45-balls in 2019 for 804-receiving yards with 9 TD receptions. From where we come, that is a pretty dad-burn good season.

Now for question number two…do the Colonels enter 2020 Kentucky’s best team. Well, we aren’t really too sure about that, if we are being honest.

Eddie Eviston’s Colonels are coming off a 15-0 run to the Kentucky 5A football championship. They were a finalist in 2018, losing narrowly to South Warren and won the title in 2017, again going 15-0. Not many teams can boast of wining 44 of its past 45 football games.

The leading rusher from 2019 has graduated. The leading scorers have all graduated aside from one remaining specialist. When your leading returning scorer is placekicker, David Gronotte, that should tell you something about the departures.

In spite of what was lost on offense, the defensive defections are even more dire. The leading returning tackler for 2020 is DB, Ryan Schneider. Schneider had 25-stops, in 2019, for 11th best on that side of the football.

Schneider did have 2-interceptions a year ago. He is the leading returner in that statistical category but wasn’t close to the leader on last year’s roster.

So, as to the question whether the Colonels are Kentucky’s best football team entering 2020, we simply don’t know but kind of doubt it. However, on the bright side, how many teams could lose its top ten tacklers, top receiver, a Mr. Football, its leading rushers, a first team All-State player on both sides of the football, its top interceptions guy, top fumble recoverer, and top fumble forcer and still be involved in this discussion?

By my count, just one. The one we are discussing now.