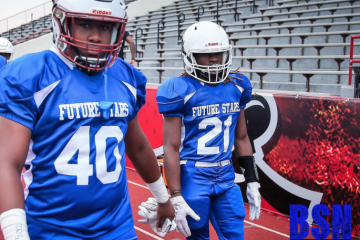 This is part two of a two part series we are calling the “Freshman Fifteen.” These aren’t necessarily the best fifteen football players or prospects in Kentucky but they are fifteen players we believe most likely to play before the 2019 season is over in the varsity lineup. Some will play because the team has specific need where they are slotted and some will play because they are just that good. We published the first 8 players in this series