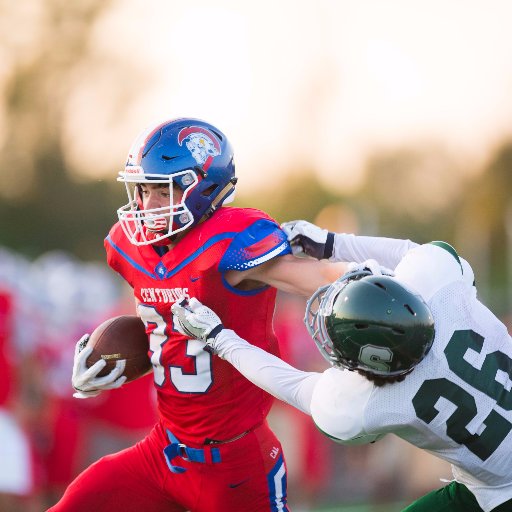 Got a call last night from a father of one of my AFI-KPG Freshman All-Staters who was somewhat perturbed that his son didn’t make either the All-District or All-Conference teams. This father lives in Louisville and his son plays for one of the best football programs in the Commonwealth of Kentucky. His son started all year for this program and led his team in a crucial statistic. Several other of his son’s older teammates had made either the District team or the Conference team or both and this person was distraught at this son’s apparent snubbing. I canvassed just a few other parents of freshman All-Staters and found they all had the same or similar complaint. This got me to do some digging and the following is what I discovered…

I want to start by saying that we here at Kentucky Prep Gridiron only exist because I couldn’t get a local news outlet in my area to report a story about either my son or kids I coached winning awards for their play. Two and one-half years ago, I requested a news outlet in my immediate area report that 7 kids in the coverage area had been selected to play in the Tennessee-Kentucky Future Stars Game which was going to be played in Bowling Green, Kentucky. The person I contacted first responded that he felt he had given more than adequate coverage to my son, William Long. I told him that was true so omit William from the story and report about the other 6 kids. I even offered to compose some copy for him and send it along to have it either broadcast or published. Seeing I wasn’t going to give up easily, he finally told me his news outlet didn’t report on Middle School athletics. The next day this same news outlet reported a story about a club swim team. So, we don’t report on middle school athletes but we do stories on club sports? I decided I was done asking people to do that which I believed myself imminently capable of doing. I, personally, am glad freshmen are almost always excluded from post-season awards in a lot of areas around Kentucky. Frankly, I am happy to corner that market. Freshmen, you don’t need to make some district or conference team, you have the Freshman and Sophomore All-State football teams! We are the only all-star team in the Commonwealth who doesn’t just make selections but takes the time and effort to defend every selection made. I, for one, am proud of that and believe it makes us better.

I was curious about the phenomenon which practically launched this site, the complete lack of recognition for players in either middle school, ninth, or tenth grade, so I called a very successful head coach in Kentucky who is a friend of mine and who, himself, is thought of as one of the best high school coaches in the history of the Commonwealth of Kentucky and asked him. He agreed with my premise that freshman don’t generally make either district or conference post-season teams. I asked him why and he said, historically, freshmen didn’t get much Varsity run or play. Voters are unaccustomed to considering freshmen. Even where you have extraordinary freshmen, like the ones who are on my Freshmen All-State Football Team, voters for district and conference teams often consider the player’s high school career over the player’s play in just the season leading up to the voting, which naturally discounts freshmen as they have only played one year, even assuming they played at all. That’s not what the designation is supposed to reward but that is the pragmatics of it over the theory. Something else Coach said which stuck with me. He told me coaches have come to be wary of freshmen who either win post-season awards, make post-season teams, or who get early college offers. According to Coach, it oftentimes creates a player who becomes difficult to coach and who decides there is no longer any reason to either work or improve. It’s a now that I have arrived why should I have to lift this offseason syndrome.

I wrote all of this to tell you that most of the freshman, if not all of the freshmen, who made our All-State Football team neither have nor will they make the paper’s all-star team, the all-district team, or the all-conference team. I, of course, knew freshmen football players, even where they were starters and even stars, go unnoticed and un-rewarded even before I penned the first article for Kentucky Prep Gridiron. This publication was started with righting that wrong as one of its objectives. In similar words to what was uttered by Herman Boone to Bill Yoast in Remember the Titans, changed a little to suit our purposes, you guys quit sweating the district and conference teams All-Staters, you’re All-District in our book!

You guys just keep playing like you play, and working as hard as you work, and we will make sure you get the publicity your efforts have earned. This is Fletcher Long reporting for Kentucky Prep Gridiron, reminding you to PLAY THROUGH THE WHISTLE!