First of all The Century Mortgage Company Middle School Pre-season Top 20 Football Poll is brought to you by Montrell Bross, Loan Officer at Century Mortgage Company, 502-299-9581. We are officially on our countdown for the start of the 2017 Middle School Football season and it’s time to release the Middle School, pre-season Top 20 Football poll. It should be noted that in accumulating this poll, we did look at how these teams did during the 7th grade campaign but that wasn’t the only criteria. For example, some teams (i.e. Hopkinsville Middle School) uses any 7th grader which it believes may help them win on the 8th grade team. In 2015, HMS’ 7th grade team didn’t win a game and had 7th graders like Reece Jesse, David Spurlin, William Long, E.J. Austin, Lane Rushing, etc. How in the world do you go winless with 7th graders like that? They were playing up of course. The next year, when the foregoing were 8th graders, they went 12-1 and narrowly lost in the State Semis to the State Champions (TK Stone 38-36) in Lexington. We attempted to be fair with programs who field competitive 7th grade teams which are separate and distinct from the 8th grade team, like Owensboro, Newburg, Caldwell County, etc., while still studying the rosters of Middle Schools who only service the 8th grade team while using the 7th grade team as a vehicle to get reps for players who won’t play in the 8th grade game, like HMS. Teams who garnered first place votes among the panel will have their first place votes appear parenthetically. On to the poll… 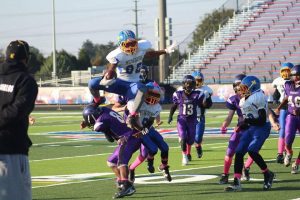 1. The Newburg Tigers (7)- Newburg is the defending Division I State Champions whose 7th grade team lost in the Semis 26-6 to the 7th grade State Champions North Pulaski. The Tigers were missing its top two RBs in that game which greatly altered its offensive game plan. If Newburg stays healthy, We believe Coach Mel Blakey will be hoisting the State Championship Trophy in Division I, again, this year. 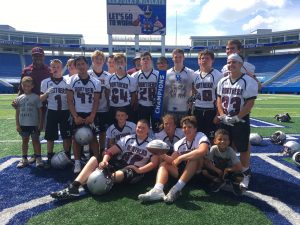 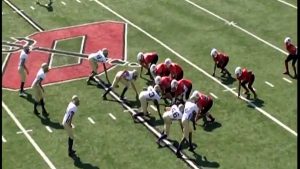 3. Owensboro Middle School (3)- Owensboro Middle School has won 17 straight games and by an average score of 39-5 over that span. They did have the best collection of talent on those teams for the Middle School level I have ever seen, namely, and to just single out one of the stars, Austin Gough, the All-American who won the Offensive MVP of the Tennessee-Kentucky Future Stars Game and who ran for 150 yards in Dallas, Texas for the East All-American Team. The 7th grade team, last year, lost to Glasgow during the regular season when Gavin Wimsatt was injured and Javius Taylor was forced to move to QB and run a perpetual Wildcat Offense. With Wimsatt at QB, they might be the best team in Kentucky but, honestly, the fact OMS won’t participate in the State Playoffs leaves this matter speculative. 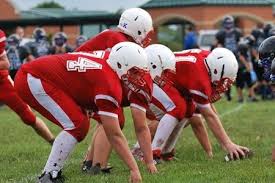 4.  Belfry Middle School -The Belfry Pirates won the 2015, Division 2, State Championship and lost a narrow decision in the Semis in 2016 to Lexington Catholic (24-22). The Pirates from Belfry have won 4 State Championships in Division 2 which is probably why the HS team always competes for the State Title in its Classification too. Belfry is our favorite to win the Division 2 Championship this year but, as before clearly indicated, this is an All-Classification Top 20 poll. Belfry has lost one of the hardest hitting, back 7 defenders in the Commonwealth in Seth Mounts, an All-American, headed up to play HS ball, but don’t worry, Belfry will re-load, like it always does. Not a staff in Kentucky does a better job of coaching them up than Belfry Middle School. 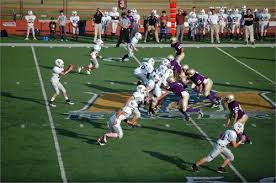 5. Bowling Green Junior High Purples-Here is a team who consistently wins and is very well coached too. In 2016 the Purples made it to Lexington and lost a heart-breaker in overtime to the Newburg Tigers. One thing Bowling Green has that no other program does, not named McCracken County Middle School (Ben Schofield), is an excellent place-kicker. In overtime last year, playing for it all, the game went to overtime tied 8-8. Bowling Green stalled out on its overtime possession but was able to trot out the placekicker who nailed it through the uprights for the 11-8 lead. If BGMS gets a defensive stop, game over and the Purples are celebrating a Middle School State Championship to put beside the 5A State Championship the High School won last year. However, Newburg, on its possession, ran it into the end zone for the 14-11 triumph. Still, having the ability to kick PATs and Field Goals in Middle School is like finding money in the pocket of your dry cleaning.  BG will factor in to whomever wins the Championship in Division I this year. They have to go through North Pulaski and Newburg to get there. 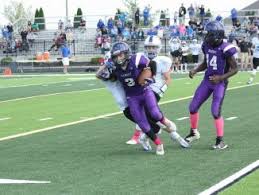 6. Barret Traditional Middle School-Last year Barret was the top-seeded team in Region 3 of the 7th grade Playoffs, losing the Regional Final to Newburg, who was seeded 4th, at the Christian Academy of Louisville. Barret was also the number 1 seed in the 8th grade, Division 2, playoffs in Region 3 being upset by Lexington Catholic, who was (like Newburg) seeded 4th. I believe the Bulldogs just might have been looking past these 4 seeds and I believe a lesson was definitely learned. Barret is consistently one of the top 4-5 teams in the Commonwealth of Kentucky in its Division 2 and there is no reason to believe this upcoming year will be a departure from to what we have become accustomed. 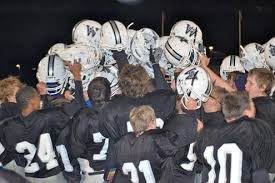 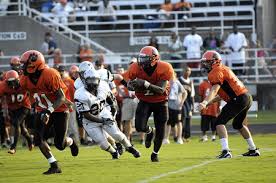 8. Hopkinsville Middle School- Hopkinsville Middle School may have the best QB prospect in the Commonwealth of Kentucky in the 2022 Class in 6’2.5″ 165 lb. Trayvon Jefferson. They also have a stud RB in Jay Dillard and TE Tyler Jones, 6’1″ 170, is a match-up nightmare for 2nd level defenders. Linemen William Hughes 5’10” 240 lbs. and Jimmy Rogers 5’6″ 225 lbs. are two former 7th graders with starting experience from off of last year’s Region 1, Final-Four, Division 2, 12-1, 8th grade team. If the Tigers can figure out a front four defensively and what to do with three of the five slots on its offensive line, they really have everything else to go back to Lexington and get done what they left undone last year. The one thing on which you can always count in Hopkinsville, Kentucky is that the Tigers will have athletes. Now, if they can only find some Hogs to clear the way… 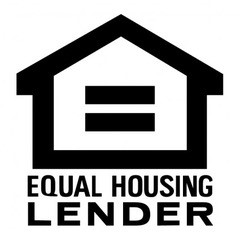