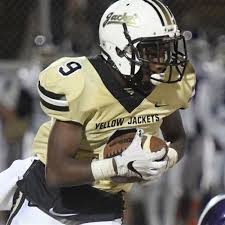 There is no telling what Kevontay White would have done in 2017 if he had played in all 14, instead of just 7, of the Yellow Jackets’ games. White is exactly what you come to expect from skill position players at Springfield High School as he is listed as both a corner and a running back on the Yellow Jacket roster on MaxPreps headed into the 2018 football season. At cornerback in 2017, White picked off three (3) passes for the Class 4A, District 5 powerhouse which played for the State Football Championship a year ago. White also returned 2 kicks for 52 yards with a long of 28 yards. Kevontay White is a Class of 2020 prospect whose best high school football is ahead of him. At KPGFootball, we expect that high school football stars will find their way into a lineup sometime over the course of the player’s sophomore year. While Kevontay may not have started out on the first-team over his sophomore year, he did end up there. In the end, that is really all that matters.

Congratulations to Kevontay White for being selected this week’s Stewart Williams Furniture Company’s Robertson County Player of the Week. Join us next week as we anoint a new recipient.