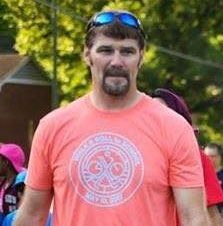 Chris Southerland has been tagged to take over one of the premier middle school football programs in Kentucky. Hopkinsville Middle School, which has won 23 of its past 31 games over a three year span, a Regional 1 Championship in 2016 (12-1), and has developed two All-American’s and 10 All-State/Team Kentucky players over that same time period, was in the market for a new coach upon last year’s head coach (Maurice Jesse) being elevated to the high school program. HMS believes, in Southerland, they got the right man for the job. When reached for comment, Athletics Director Brain Morris said…We’re excited about having coach Southerland coaching football at HMS. He brings a lot of experience and enthusiasm to the program. I think the future of HMS, as well as HHS, is very bright having 2 excellent coaches with Southerland and Clayton working together.

When asked for comment, Southerland responded to KPGFootball that being named the new head football coach at HMS is an honor I have patiently awaited for over 18 years. We plan to continue what has been an exciting brand of football in this program and will expect the same discipline, respect, and on-field success which has become a staple of the HMS program. I do want to give a special thank you to two of my mentors, Todd Hood (Rossview High School, Tn) and Coach Kelly Myers (Independence High School, Tn). I would also like remember the late, great, Kentucky, Hall of Fame head coach, Marshall Paterson (Fort Campbell HS) from whom I learned so much and whose memory inspired me still today.

We inquired of Coach Southerland what will be expected by him of his players at the middle school level. Coach Southerland responded that…we will be a mirror image of Hopkinsville High School program. Our Coaching staff has one goal in mind, and that is to prepare our student athletes to be capable of seamlessly transitioning from our championship program to Coach Clayton’s. We are committed to sending up to the HHS football program players who can block and tackle and have gained an expectation they will win and compete at the very highest level both on and off the field. As for being a Tiger, Southerland had this to say…Being a Tiger has been the most rewarding experience of my life, and I plan to be a Tiger for years to come.  Today is a new day for the HMS family! Yessir, that seems about accurate.