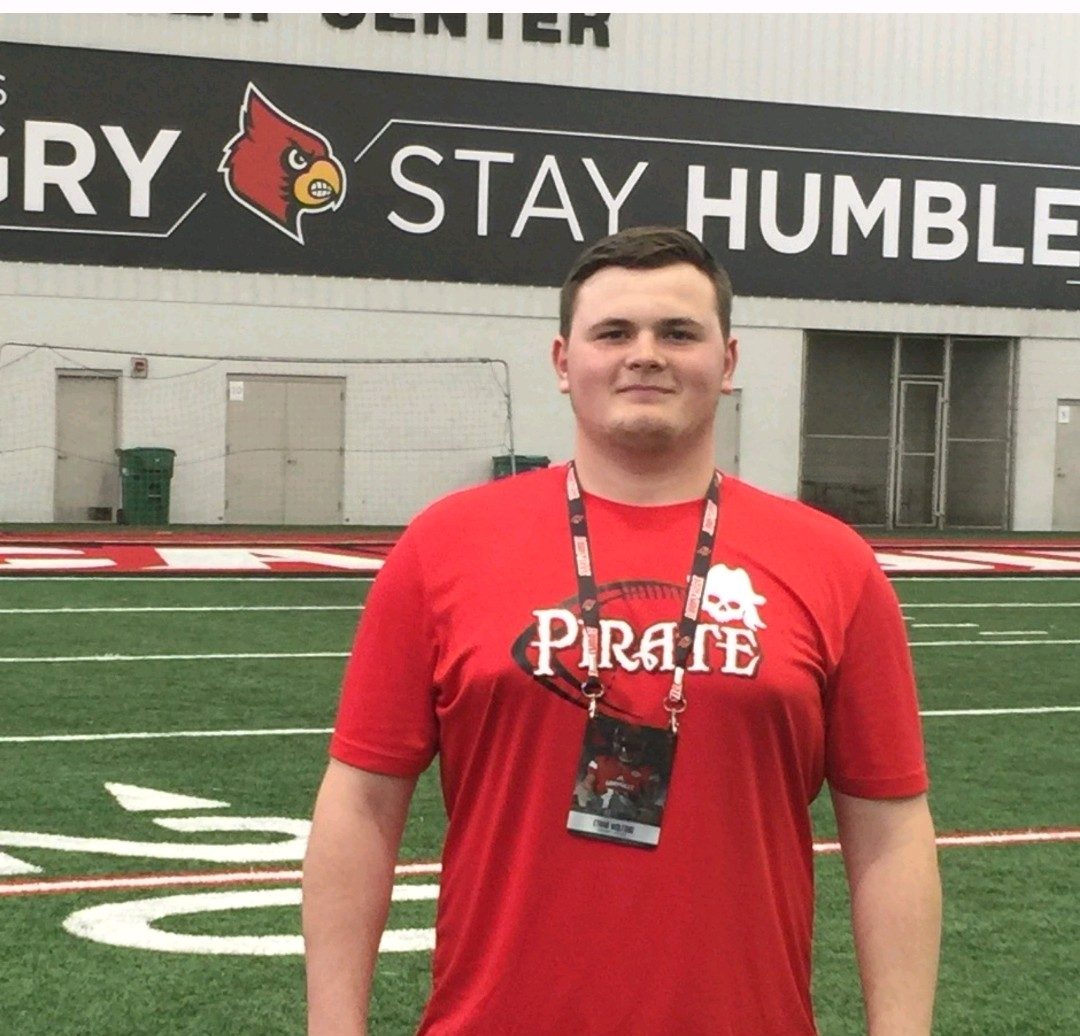 I have no idea if this story really happened but I have had numerous people tell me it’s true. One day Lee Trevino, a professional golfer of some note (winner of 2 US Opens, 2 Brittish Opens, and 2 PGA Championships) was hitting shag balls prior to going out and playing a round in some tour event. There was a women behind him oohing and ahhing at his shots after every swing. This went on for a time before the golfer they called both The Merry Mex and SuperMex turned to the spectator and said… Look lady, I am the damn reigning United States’ Open Golf Champion. What were you expecting? Did you think I would be out here hitting grounders? I told you all that to set up the fact Ethan Wolford’s dance card is jammed packed with suitors wanting to take a gander at what he potentially brings to the table, especially at a position (center) where quality is not always in abundance. I mean, look, he’s the top-ranked offensive center in the Commonwealth of Kentucky and an AFI-KPG All-State Football player…what do you expect!?

For those of you in the burgeoning Ethan Wolford Fan Club Ethan’s schedule is shaping up as follows: June: 6th-Ethan will be camping at Marshall University where the boys from Huntington are very likely to pull the trigger and offer the Mountain Man. June 7-8-Ethan will be in east-Tennessee at Maryville College’s camp. UT-Martin,UT-Chattanooga, Tennessee Tech and Tennessee State have expressed a keen interest in seeing if what they have all heard about Wolford is true. They will be impressed. June 9th– Ethan heads back, this time for camp, to the University of Louisville, going the very next day (June 10th) to a camp at Shepard University which is a D2 school in West Virginia. June 13-14, Marshall has requested the honor of Wolford’s return for it’s Big Man Camp, with Ethan finishing the month on June 24th camping at Miami-Ohio University.

In July, starting on the 13th, Ethan will be at the EKU camp with the David Jones Camp, in the mountains the next day (July 14). After David Jones, Ethan trips to Western Kentucky University on July 26. These aren’t the only camps to which Kentucky’s best offensive center has been invited, but the other invites were to places too remote for him to easily reach or conflicted with one of the other camps above noted.  Ethan is making tremendous strides in the weight program at Belfry High School and has been working with a personal trainer on improving some of his combine numbers in tests such as the 40 yard dash, the 3 cone drill (L drill), and the pro agility shuttle. Wolford is also working on his hips and gaining hip explosion which will result in better broad jump and vertical numbers.

Ethan is just going into his junior season and the time for him to start getting offers is probably, more than likely, either during or shortly after his junior year. One thing is sure, he will get offers and by the barrel full before this is said and done. He has the perfect frame at 6-2 and 270 pounds for the position he plays and he is just too good of an athlete for that not to be so.